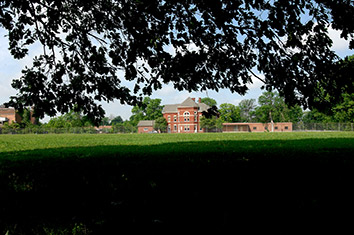 Indianapolis planners say the city needs another $7.1 million to prepare the former Central State Hospital campus for redevelopment, but they’re out of resources.

A proposal to raise those funds via a new tax-increment financing district around the 142-acre site is moving through the Indianapolis City-County Council with bipartisan support. The TIF district would capture property-tax revenue from recently built and still-planned senior housing by Pedcor Investments and from a collection of buildings being rehabilitated by Reverie Estates.

“That whole neighborhood has been waiting for this development for as long as I’ve been a councilor and then some,” said Republican councilor Marilyn Pfisterer, who was elected in 2003.

The west-side neighborhood will probably have to wait a little longer to see the payoff from a TIF district. Most such districts promoted by the Mayor’s Office have a new real estate development waiting in the wings. That’s not the case with Central State. The city has a master-developer agreement with Central Greens LLC, but the firm, led by former city planner Mike Higbee, has yet to break ground.

The TIF district proposal, sponsored by Pfisterer, Republican Jeff Miller and Democrat Vop Osili, will go to the City-County Council for a hearing and vote Jan. 12. It passed out of the Metropolitan and Economic Development Committee Dec. 8, on a 4-2 vote.

Democrat Zach Adamson said he voted against the Central State TIF to protest the administration’s lack of action on another TIF district, in Avondale Meadows near East 38th Street and Keystone Avenue. The council unanimously supported that proposal earlier this year, but Mayor Greg Ballard’s administration has yet to act on it.

Republican Will Goodin voted no based on a procedural disagreement, but supports the idea of a Central State TIF.

Central State, now known as Central Greens, is large enough to hold most of the core of downtown, and the city’s master plan for it envisions an urban village. It’s been difficult to attract business, however, because the site is in the midst of an impoverished area.

The city has already invested $3.6 million in new roads, sidewalks, water lines and sewer, and much of the development that’s happened so far has benefited from some form of public assistance, according to the Department of Metropolitan Development.

Pedcor is building a 62-unit senior citizens complex, Retreat, with low-income housing tax credits on a site that was cleared using a $500,000 state grant, according to the city.

Retreat has a 70-person waiting list, said Derek Naber, senior project manager with the Department of Metropolitan Development. Pedcor hopes to build a second round of senior housing if awarded tax credits next year.

Reverie opened its dorm-style residence, the Central State Mansion, in August and it is 40-percent occupied, exceeding the developer’s expectations, Naber said.

The very first development at Central State, Pedcor’s affordable apartments, the Steeples, would be excluded from the TIF district because it’s already on the tax roll.

The question of which buildings to include in TIF districts—such districts prevent growth in tax revenue from benefiting the entire county—has been a point of contention between city councilors and the administration.

A critic of TIF districts, Adamson protested the fact that a new one in Broad Ripple will include a city-subsidized parking garage completed long before the district was formed.

The administration has no tax-revenue projections for the Central State TIF and no plans to pursue financing for the next round of infrastructure on the site, Department of Metropolitan Development spokesman John Bartholomew said.•