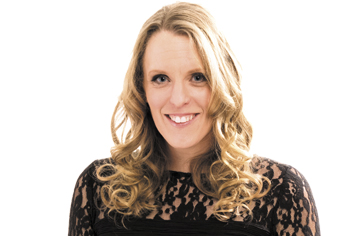 Making a splash: Three-fourths of the weddings Monica Richard planned in 2014 had $100,000-plus budgets, with a third over $250,000 (in a market where most weddings range from $16,000 to $27,000). Holiday World & Splashin’ Safari owner Lori Koch hired Richard for her daughter’s wedding, and said, “We didn’t have to worry about a single detail because she was always three steps ahead of us.”

Lessons from the mouse: Working as a youth education guide (and as a strolling Winnie the Pooh) at Walt Disney World, Richard learned the importance of customer care. “Whether it’s a parade or five minutes with a guest, every moment is an event at Disney.”

Surprise offer: After her own wedding at the Omni Severin Hotel, Richard was invited to a lunch with the hotel’s catering director and offered a job. During her seven years there, she learned everything about “the bones and structure of an event.” When the Indianapolis Museum of Art added catering by Wolfgang Puck, she was hired to handle weddings.

Unexpected side trip: Puck scheduled national meetings at his California home base the day after the Oscars, which meant helping him cater for the Academy Awards. “There’s nothing like literally piping thousands of tuna tartares,” said Richard, “while thinking ‘Claire Danes is going to eat this.’”

On her own: In 2008, Richard formed Mon Amie Events, which plans 10 to 12 events a year. At every one,” she said, “I try to include something I’ve never done before.” Example: Creating a round dance floor for a Union Station wedding that mimicked the venue’s stained glass window. Another: A West Baden Springs affair where guests dined before the ceremony so dancing could immediately follow. Overwhelmingly, business comes from referrals from previous clients, venues and industry professionals. This helps, she said. She doesn’t have to boast of her high-profile clients. “You get more by being humble.”

Big wishes: A past board member of the International Special Event Society and state coordinator for the Association of Bridal Consultants, Richard teaches at Indiana University and IUPUI. She was hand-picked by the founder of Wish Upon a Wedding to launch an Indiana branch to provide complimentary weddings to couples facing terminal illness or life-altering circumstances.

Still on the bucket list: A Disney wedding. And Fenway Park.•