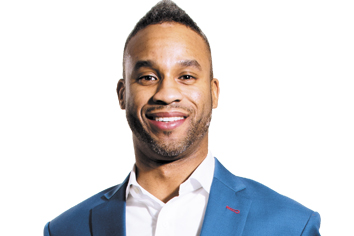 Recruiting the recruiter: In 2008, when Hillenbrand Inc.—the Batesville manufacturer best known for making caskets—spun off as an individual publicly traded company, it needed someone to head global talent recruitment and development. “They needed someone who could teach them how to recruit and develop talent for the future for an industry that isn’t sexy—it’s not Coca-Cola or Google—and do it quick and cost-effectively,” said Jason Riley, who was Eli Lilly and Co.’s senior business recruiter before jumping to Hillenbrand. Since he joined Hillenbrand, it has grown from a $650 million North America-centric business to a $1.7 billion company doing business in 40 countries.

Minimizing baggage: Riley embraced Hillenbrand’s global outlook as a talent-development tool. “It’s now a kind of talent ecosystem,” he said, “where we can develop and groom people into higher positions. There’s way less risk and baggage that way.”

Finding the passive candidate: When recruiting outside the company, it’s not just a matter of posting help-wanted notices. It’s often about finding people who aren’t aggressively looking for a new job. “Some people looking for jobs don’t have jobs for a good reason. They aren’t the ones you want,” he added. “You have to put yourself in front of the best of the best. I want people who are hitting the ball out of the park.”

Knowing when to hold ’em: For pleasure, Riley enjoys playing poker. “One reason,” he said, “is because there’s tremendous interaction with people. It’s an opportunity to read people in a short amount of time and make decisions based on what you think you know.”

About that bull and bear: “I always thought of talent as investments,” he said. “You have to change your strategy based on the market.” Companies should protect their talent investment, he added. “It takes a lot of time and money to find a person. When you find them, you need to protect your talent investments.”

What will make it easier to recruit locally? “Indianapolis is growing and evolving, which is exciting. But it has a reputation for being conservative. The more we embrace creativity and take calculated risks, the more we turbocharge the city.”•