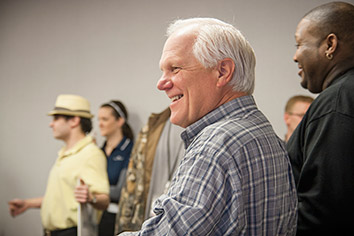 Anthem Inc. modestly boosted the salaries and stock awards given to three of its four top executives last year and also handed out smaller bonuses, according a proxy statement filed Wednesday afternoon with the U.S. Securities and Exchange Commission.

But Swedish’s 2013 compensation was inflated by nearly $4 million in extra compensation the insurer gave him to make up for pay he had to forego from his previous employer when he took the top job at Anthem, as well as moving and legal expenses incurred in negotiating his contract.

Anthem Chief Financial Officer Wayne DeVeydt received much smaller stock awards in 2014 than the previous year, when he was given $3 million in extra stock awards to encourage him to stay with Anthem and to make his compensation more equal to other health care CFOs. As a result, DeVeydt’s total compensation fell 37 percent, to $4.97 million.

Excluding the special stock awards in 2013, DeVeydt’s compensation would have been virtually unchanged between the two years.

Ken Goulet, president of Anthem’s commercial and specialty businesses, enjoyed a 4.2-percent increase to his compensation, bringing his total 2014 cash, stock and perks to $4.95 million.