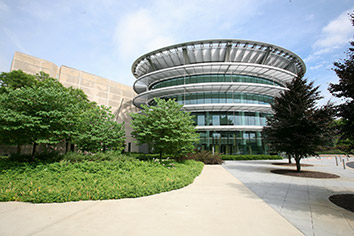 At the Indianapolis Museum of Art, new gates are in place, a parking kiosk has been moved and staff members have undergone additional customer-service training. Inside, previously blank walls have been covered in signage. Outside, a new garden-tour electric tram is taking its test runs.

All these change are part of IMA’s transition from a primarily free-to-the-public facility to a ticketed attraction. Starting Tuesday, what was previously a no-cost visit to the museum and gardens will cost $18 for adults and $10 for children 6-17.

The December 2014 announcement of the admission change ignited a social media firestorm. After all, the museum has offered free admission for all but a one-year period (2006) since 1941. IMA visitors are used to getting in free, except for special exhibits.

But the flames of controversy appear to have died down as the institution makes the physical changes necessary for the new normal.

“That’s one of the reasons why the board [announced] the decision late last year—to have four months [to prepare],” IMA CEO Charles Venable said this week.

In that time, not only has the public relations crisis waned, but IMA says memberships have risen. Since the admissions announcement, 2,155 new basic memberships have been sold, raising overall membership from about 9,500 to10,686.

Basic annual membership fees are $35 for students, $55 for adults and $75 for families. Discounts of $5 are available for memberships purchased online. Other discounts are sometimes available.

The cost of physical changes at the museum—some of which were not yet in place by Monday—add up to about $750,000.

“We spent as little as possible, but we want it all to work,” Venable said. Some of the money, he pointed out, has come directly from donors, including $50,000 for the garden tram, which will take visitors from the main museum building through the Oldfields Estate and will include a stop at the Madeline F. Elder Greenhouse & Shop. The tram is scheduled to be operation beginning next week.

Visitors accustomed to parking and going directly into the IMA’s main building may not initially notice many of the changes beside the cost (parking is now free).

“People were imagining the Berlin Wall,” Venable said. “But it’s mainly about [landscaping], with the little addition of garden gates. It’s not meant to be oppressive, but meant to say, ‘You need to go through the building.’”

Those used to wandering the grounds, though, will find access restricted until a wristband is acquired at the ticket counter just inside the entrance. Members can make use of a concierge and members’ lounge just up the escalator to the second floor.

Once banded, patrons can then head into the galleries or follow what Venable calls the Garden Path—the newly brightened corridor leading toward the Tobias Theatre. What had been an antiseptic entrance area for the Deer Zink Pavilion will feature a yet-to-be-installed work by artist Spencer Finch and an additional ticket/customer service area to help visitors make the transition outside to the gardens and other buildings.

Exiting the building will lead directly to a pylon with a map of the grounds. The hope is that such markers and signage will make visitors more aware of offerings throughout the grounds.

Options will include the aforementioned tram ($5 or free with membership), which offers a roughly 40-minute ride that highlights not only the art, flora and fauna but also the history of the grounds.

Not only will car access be restricted, but bicycle riding will no longer be allowed on the upper campus. Bike riders, though, are welcome in the 100 Acres Art & Nature Park. Visitors accustomed to being dropped off at the greenhouse, the gardens or the Lilly House will find themselves directed to the main building instead.

No significant physical changes are in place to restrict visitors from entering the upper campus grounds from 100 Acres, which remains free and open from dawn to dusk.

“We’re going to be very polite to people,” Venable said. “We know there are people who do that; we just don’t know how many. Now we can count. If there are 100 a year, that’s not a big deal. If it’s 100,000, then we need to figure out how to get those people to become members.”