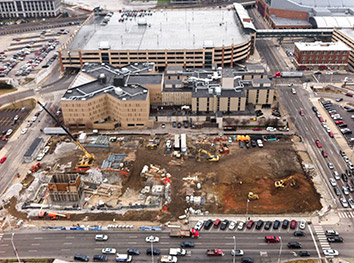 Work has halted on part of a new downtown Indianapolis transit center after workers discovered an old building foundation several feet below ground.

IndyGo spokesman Bryan Luellen said the foundation might date as far back as the late 1800s. He said workers also found objects including pieces of glass, flatware and chunks of vases that were left behind when the building was demolished.

Construction has stopped where the foundation lies, on the southwest portion of the site. The transportation agency has hired architects to determine whether the foundation is historically important, Luellen told The Indianapolis Star

The $20 million transit center on Washington Street across from the City-County Building could still open partially finished and on time later this year. The 14,000-square-foot center will be enclosed with glass and have Wi-Fi access.