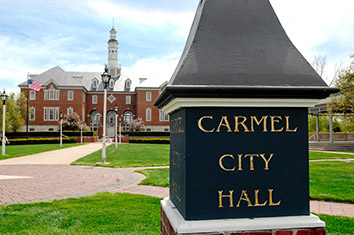 Carmel could soon have an anti-discrimination ordinance in place that includes sexual orientation as a protected class.

Mayor Jim Brainard announced Monday that he will introduce the ordinance to the City Council on Aug. 17.

Brainard, along with the city’s legal department, drafted the document that is sponsored by six of the seven council members. Council member Eric Seidensticker has not signed on as a sponsor.

“Many of the world’s traditional faiths teach and believe the following: Men and women from all walks of life must be treated with respect, compassion and kindness and every sign of unjust discrimination in their regard should be avoided,” Brainard said in a prepared statement. “It is time that we stop trying to define each other by the variety of labels society has created. It is far past the time that we look past the colors of our skin, the appearance of our bodies and the choices we make in the privacy of our own lives. It is time we see each other as human beings first and foremost.”

The move comes in the wake of the uproar over the state’s Religious Freedom Restoration Act, which critics said would allow businesses to discriminate against gay, lesbian, bisexual and transgender individuals. The General Assembly approved what leaders called a fix that was meant to prevent the law from being used for discrimination. But several business and gay-rights advocates are now pushing the state to add sexual orientation to its list of protected classes.

Republican Gov. Mike Pence has said that's not on his agenda and Republican legislative leaders have said they are quietly mulling the issue. That's led many communities to act. Indianapolis already had an anti-discrimination ordianance and Whitestown was among the first communities to add sexual orientation as a protected class after RFRA passed. Several other communities are considering similar ordinances.

If the Carmel measure passes, anyone who violates the ordinance could be assessed a $500 fine plus attorney's fees for each offense, each person and each day the violation continues.

It does not apply to religious entities or clergy while engaged in religious activities, not-for-profit memberships organized exclusively for religious purposes or not open for the general public, a private residence or gathering, maintenance of separate rest rooms or dressing rooms.

“The ‘free exercise of religion’ guaranteed to U.S. citizens in the First Amendment to the Constitution does not give one the right to discriminate,” Brainard said in a statement. “If one were to claim that their religion allows discrimination in treatment of certain groups does it not follow that one can then be exempt from being charged with murder, robbery, theft and other crimes so long as it is done under the auspices of some ‘religion?'”