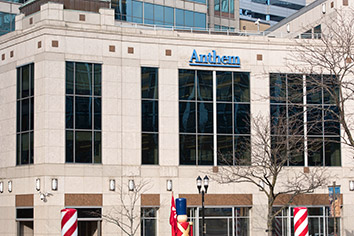 Anthem’s retirement plan is accused in a lawsuit of forcing about 60,000 workers and retirees to pay excessive fees by having to invest in Vanguard Group funds billed as low-cost options.

The case is part of a recent wave of suits targeting company 401(k) retirement plans that subject participants to exorbitant fees for low-performing funds. Lockheed Martin Corp agreed last year to pay $62 million to settle a suit that made such claims on behalf of the defense contractor’s 120,000 workers and retirees.

Officials overseeing Anthem’s 401(k) plan, which holds more than $5 billion in funds, “allowed unreasonable expenses to be charged” and only offered Vanguard funds that were “high-cost and poor-performing investments,” the workers said in the suit, filed Dec. 29 in Indianapolis federal court.

Jill Becher, a spokeswoman for Anthem, the third-largest health insurer in the U.S. by market value, declined to comment on the lawsuit.

The plan accepted excessive fees charged by Vanguard to handle record-keeping duties, which caused beneficiaries to lose “millions of dollars in retirement savings,” according to court filings.

Anthem agreed in July to buy Cigna Corp. for $48 billion, one of two pending deals that would reshape the U.S. health-insurance industry. Anthem’s offer, along with Aetna Inc.’s proposed acquisition of Humana Inc., was fueled in part by the 2010 Patient Protection and Affordable Care Act.