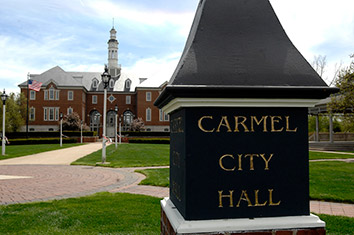 The city of Carmel has filed an appeal to the Indiana Supreme Court in the case involving a voided local traffic ordinance, arguing if it remains void there could be “immediate and severe consequences.”

In December, the Indiana Court of Appeals ruled in favor of Jason Maraman, who was cited for traveling 30 mph in a 20 mph construction zone. Maraman tried to have the citation dismissed at the trial court, arguing the city’s code was a duplicate of state code, but the court ruled in favor of Carmel.

“Carmel’s wholesale adoption of chapters of Indiana code resulted in its ordinance being nothing more than a ‘duplicate’ of already existing state law,” the ruling from the Court of Appeals states.

Carmel disagrees and continues to argue local communities have the power to enforce and set speed limits and collect fines from local traffic violations.

According to court documents, Carmel police have issued 10,281 traffic citations in the past three years, and 8,124 of those were for speeding violations.

The Court of Appeals agreed that local municipalities can adjust speed limits in construction zones, but said the fines must go to the state instead of the local government.

In the appeal to the Supreme Court filed Jan. 11, Carmel lists 12 cities and counties with similar local ordinances that would be invalid if the Court of Appeals ruling is enforced, including Evansville, Fort Wayne, Hamilton County, Indianapolis, Lafayette, South Bend and Westfield.

Peru is also on the list. Carmel submitted an article from a Kokomo Tribune article earlier this month that quotes the Peru city attorney saying the city’s traffic ordinance is void and unenforceable due to the Court of Appeals' decision.

Peru police officers were instructed to continue enforcing speeding violations, but cite state code instead of city code on the tickets.

The city suggests other court challenges could be brought against those regulations if the decision stands.

The Supreme Court has not decided whether it will hear the case. Maraman has not responded to the petition to transfer.

The complaint argues the city knowingly enforced an illegal traffic ordinance and wrongly collected money from citations based on the infractions “for the purpose of maximizing revenue to the city of Carmel.” It also alleges the city should have been required to share that revenue with the county and state.

The city has not yet responded to the federal lawsuit.