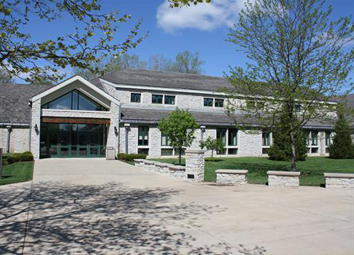 Federal court documents released Thursday allege Park Tudor School officials and their attorney impeded authorities as they investigated allegations of an inappropriate relationship between the school’s former basketball coach and a 15-year-old female student at the school.

The former coach, Kyle Cox, 31, who resigned from the exclusive private school on Dec. 15, was charged Thursday with trying entice the student into a sexual relationship. Cox, who joined the school in 2009, led the team to state 2A championships in 2014 and 2015.

A 30-page criminal complaint filed by federal investigators in U.S. District Court alleges Cox began sending sexually explicit messages to the girl in September and tried to arrange for her to visit his home in Fishers for sexual activity while his wife and children were away in mid-December.

The meeting didn't happen after the girl's father saw messages and photos on her phone that she acknowledged trading with Cox, according to the complaint.

The school’s associate head of external affairs submitted a state report of suspected child abuse on Dec. 15. But it lacked detail, according to the court records, and the person filing it “claimed not to know if pictures were exchanged between Cox and the student.”

In fact, the girl’s father had met with school officials one day earlier and provided screen shots of text messages, including a “sexually explicit image of a minor,” according to the complaint. The father allowed the school to keep his laptop overnight to review the material. During that time, the attorney—who is not named—took the laptop to his law office and copied the materials onto a thumb drive.

The complaint notes that the state report filed by Park Tudor “does not indicate the school or anyone else was then in possession of text messages or other evidence of the communications between Cox” and the victim.

When an investigator visited Park Tudor on Jan. 5 to speak to the person who filed the report, she said she was provided the information by an attorney for the school and that she did not have any independent information. She told the investigator to contact the school attorney.

The investigator then spoke to the attorney, who said he was unable to help because of attorney-client privilege. He said he "felt Park Tudor had done everything that they needed to do.”
Investigators then obtained a search warrant and returned to the school on Jan. 7. During the search, the attorney arrived at the school and finally disclosed that he had received the laptop and documents about three weeks earlier and made copies.

“No information about these steps or the related text messages or documents was timely provided to any law enforcement agency or the Department of Child Services,” the complaint states.

Park Tudor’s headmaster during this period was Matthew Miller, who committed suicide Jan. 23.

Park Tudor spokeswoman Cathy Chapelle said she couldn't discuss how the school handled the allegations against Cox.
"While we are aware of the contents of the criminal complaint, it is not appropriate for us to comment on the specifics of an ongoing criminal matter," she said in a written statement. "We reported the allegations against Mr. Cox to Child Protective Services within 24 hours, and we are fully cooperating with the police investigation. The safety of our students continues to be our top priority."

Cox didn't speak about the charges against him during an initial court appearance Thursday, and neither he nor defense attorney James Voyles entered a plea on his behalf, The Indianapolis Star reported. Cox was in the custody of federal marshals. A detention hearing was scheduled for Monday, the U.S. attorney's office said.

The complaint states that Dec, 15, the date Cox stepped down, he signed a confidentiality agreement with the school that, among other things, barred him from discussing the reason for his departure. The agreement states Cox had resigned.

That day, Park Tudor permitted Cox to take a computer from the school and remove “personal” files from it. Cox then had unsupervised access to the computer until he returned it the next day, according to the complaint.


In a text message to a Park Tudor student on Dec. 16, Cox boasted that he was poised for a soft landing.
“The nice thing is that I can get any job in the state. … I’ve positioned myself to be marketable," the text message said.

He also texted the student that "I would turn my head if you messed her up," referring to the victim.
The school on the north side of Indianapolis is among the city's most exclusive, with annual tuition of $20,170 for high school students. Park Tudor's website touts a 100 percent college placement rate.