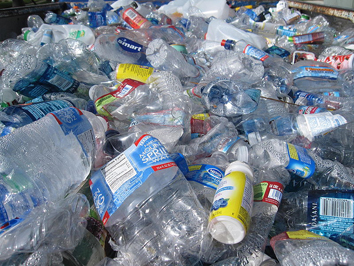 The news about the controversial $45 million dollar center’s immediate fate comes on the day the Court of Appeals is set to hear oral arguments in a case between the city and parties who are against the facility. A Marion County judge sided with the city in April, setting up the appeal.

Critics of the plan say the sensor-based technology that would allow Covanta to sort recyclables from the city's trash would produce low-quality materials. They also allege the city under former Mayor Greg Ballard improperly approved a contract that bypassed a public bidding process, and that the contract’s terms are onerous and deter the city from improving participation in curbside recycling.

“Leadership begins with listening, and I believe Indianapolis deserves a true community conversation before we move forward with any waste and recycling plan,” Hogsett said in a press release. “I appreciate Covanta’s willingness to agree to this effort as we work toward a long-term solution that best serves our neighborhoods and our environment.”

Hogsett said the city will take the next 90 days to “reassess” plans for the facility, called an Advanced Recycling Center, which was planned for Covanta’s existing Indianapolis campus near its Harding Street trash incinerator. Hogsett said Covanta has offered assistance to the city in that process.

Meanwhile, the city’s lawyers will “continue to defend the city’s ability to negotiate with Covanta in pending litigation,” according to the press release. The Court of Appeals hearing will continue as scheduled.

The news was cheered by Indianapolis recycling advocates, who have said from the get-go that they preferred enhanced curbside recycling, which only about 10 percent of Indianapolis residents participate in.

Under the deal, Covanta had promised to recycle at least 18 percent of the city’s waste stream.

“We’re thrilled,” said Carey Hamilton, executive director of the Indiana Recycling Coalition. “I think it really is a win for the city. Recycling is a quality of life issue. We’re excited about the opportunity to work toward a solution that is good on many levels for our city.”

Covanta spokesman James Regan said it agreed to suspend the contract because its more than 25-year relationship with the city is “vitally important to us and it is important that the new administration is on board with any recycling plan moving forward."

But the depressed commodities market for recyclables also was a factor.

The October closure of a “one-bin” combined waste and recycling plant in Montgomery, Alabama, that Indianapolis officials once touted as a successful example of the concept in action caused alarm in the recycling industry.

The Montgomery facility, which was run by Infinitus Energy LLC, said low prices for its recyclables led to the shutdown.

In response to the closure, Covanta officials countered that they were prepared for ups and downs in the commodities market. But Regan said Wednesday that commodity prices did play a factor in the decision to take a pause on the Indianapolis deal.

“Obviously, the decline in global commodity pricing impacts the overall profitability of the project, but it was not the primary factor in the decision to suspend the project,” Regan told IBJ on Wednesday.