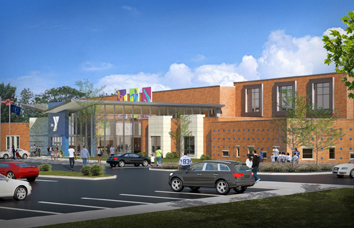 A foundation established by the OrthoIndy physicians group has agreed to contribute $3 million for the construction of a YMCA on the northwest side, which in turn will take the name of the organization.

The $10 million facility at 5315 Lafayette Road in Pike Township will be named the OrthoIndy Foundation YMCA, officials for the charitable group and YMCA of Greater Indianapolis announced Wednesday afternoon.

Foundation officials said they were drawn to the center’s mission to serve veterans as well as the general public. The Pike YMCA will include programs and services tailored to U.S. military service members, veterans and their families.

Including the $3 million gift from OrthoIndy, the YMCA has raised $7 million of the $10 million required to fully fund the new facility. Architectural planning is under way, but there is no timetable yet for construction.

The new facility is expected to be built on 12 acres donated to the YMCA in 2007 by the Metropolitan School District of Pike Township.

The current, 16,000-square-foot Pike Township YMCA, located on the corner of 71st Street and Zionsville Road, does not have a gym or a pool.

OrthoIndy, which specializes in orthopedic care, operates a variety of clinics, hospital facilities and urgent care locations across central Indiana.