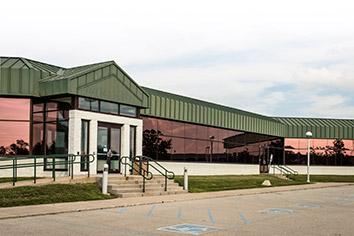 One of the largest office buildings in Fishers—which has been vacant since 2010—is about to get a new life.

As part of a $32.7 million development plan, Indianapolis-based Citimark will purchase a 23-acre site that includes the former Charles Schwab & Co. regional client center on the corner of Visionary Way and Technology Lane and the building that houses Launch Fishers in the city’s Certified Technology Park.

Citimark plans to spend $4.5 million to renovate the Schwab building. It also intends to add 80,000 square feet of additional office buildings on the property, which will be transformed into a corporate campus with walking trails and shared amenities such as food services and open green space.

The price for the 113,000-square-foot Schwab building was not disclosed. The former call center, which is still filled with hundreds of cubicles, has been vacant since Schwab moved local operations to Indianapolis’ Woodfield Office Park six years ago.

“I’m really excited about this,” Mayor Scott Fadness said. “There is not another office building of that size [in Fishers] that has sat vacant for that long.” 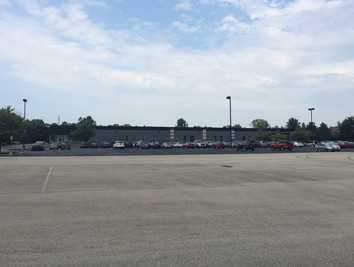 The Launch Fishers building and its environs will become part of the corporate campus. (IBJ Photo/Lindsey Erdody)

The city is selling the adjacent Launch Fishers office building for $3.1 million, which is what it paid when it purchased the 51,000-square-foot building from Deca Financial Services LLC last year.

Fadness described the development plan as a continuation of the city’s vision for the certified tech park, which started when the city moved its co-working entrepreneurial program into the area. The state approved the city’s certified tech park application earlier this year, allowing the city to collect up to $5 million from incremental growth in sales and income tax revenue.

The tech park is in a high-traffic area of Fishers that has limited access. The only exits and entrances in the park lead to busy Commercial Drive, near East 116th and Interstate 69.

Fadness said the city had worried for years that a company would buy the Schwab building and use it as a call center rather than redevelop it into more attractive office building that would employ fewer but higher paid workers.

“Someone could walk in there tomorrow and fill it with 1,000 people,” Fadness said. “This is the best-case scenario. Now we can create a campus.”

As part of the renovation, Citimark will reduce the size of the Schwab building to about 71,000 square feet by taking out a chunk in the middle to create a center courtyard and bring natural light into the office space with floor-to-ceiling glass walls.

Matt Carlstedt, senior vice president of investments for Citimark, said the space could be divided into areas as small as 3,000 square feet for individual tenants, or one tenant could occupy the entire 71,000 square feet.

He said the renovation should start within the next two to three months, and work should be complete four to five months after Citimark takes ownership of the building.

The exact design for the rest of the property, which is mostly a large, empty parking lot, hasn’t been finalized, but Carlstedt expects the 80,000 square feet to be divided into two buildings that will likely be two stories.

“My assumption will be once we finish Schwab and start to see activity there, you’ll see activity on the pad sites,” Carlstedt said.

The buildings will be tied together through shared amenities such as trails, food services or conference centers. The city has already committed to extending a trail through the property to connect people to the nearby Nickel Plate District.

“You’re effectively able to use the whole campus,” Carlstedt said.

As part of a pending agreement, the city will lease the Launch Fishers building for 10 years, plus 35,000 square feet of space in the Schwab building for two years. The city would then lease the Schwab office space to other companies.

The city has also offered to waive fees for Citimark and grant a five-year property-tax abatement that would save the development company an estimated $561,000.

Fadness said he expects the space in the Schwab building to be leased before it opens, given the interest in it so far.

Launch Fishers, despite being more than triple the size of its initial space in the basement of the Hamilton East Public Library, is already struggling to find space for growing businesses. Some of the conference rooms are temporarily being used as offices.

And office space around downtown Fishers is hard to find right now. The office vacancy rate in Fishers is 26 percent, according to Cushman and Wakefield, but city officials expect that percentage to drop significantly once the Schwab building is filled.

The Fishers City Council is expected to consider the agreement at its meeting Monday.

"It will be a fun partnership to see what we can create back here,” Fadness said.