Home » McMansions: a bad bet, except maybe in the Midwest 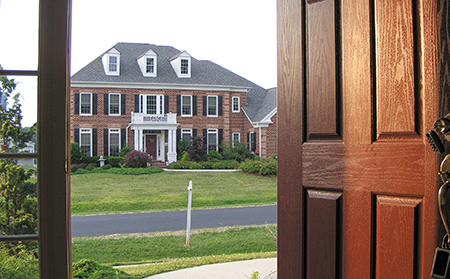 In the late 1990s, Americans started referring to the new tract-built luxury homes popping up in suburbs across America as McMansions, a biting portmanteau implying that the structures were mass-produced and ugly, with implied snark that their denizens, however wealthy, lacked the sophistication to tell filet mignon from a Big Mac.

Lately, these homes have come in for a fresh round of scorn, thanks to an anonymously authored blog that has been breaking down the genre’s design flaws in excruciating detail. Early posts lambasted builders for erecting garages bigger than the homes they’re attached to, a tendency toward dropping giant homes on tiny lots, plus shoddy construction and a mishmash of contrasting styles. (Gothic Tudor, anyone?)

It’s fun reading that nevertheless raised the question: How well have these homes kept their value? Not well, compared with the rest of the U.S. housing market.

The few areas in which McMansions are gaining value faster than more tasteful housing stock are primarily the Midwest and the eastern New York suburbs that make up Long Island. The McMansion premium in Long Island has increased 10 percent over the last four years.

But elsewhere, the news is not so good.

The premium that buyers can expect to pay for a McMansion in Fort Lauderdale, Fla., declined 84 percent from 2012 to 2016, according to data compiled by Trulia. In Las Vegas, the premium dropped 46 percent and in Phoenix, 42 percent.

Real estate agents don’t usually tag their listings #McMansion, so to compile the data, Trulia created a proxy, measuring the price appreciation of homes built from 2001 to 2007 that have 3,000 to 5,000 square feet. While there’s no single size designation, and plenty of McMansions were built outside that time window, those specifications capture homes built at the height of the trend.

McMansions cost more to build than your average starter ranch home does, and they will sell for more. But the return on investment has dropped like a stone. The additional cash that buyers should be willing to part with to get a McMansion fell in 85 of the 100 largest U.S. metropolitan areas. For example, four years ago, a typical McMansion in Fort Lauderdale was valued at $477,000, a 274 percent premium over all other homes in the area. This year, those McMansions are worth about $611,000, or 190 percent more than the rest of the homes on the market.

One possibility is that builders have spent the last five years flooding housing markets with a new wave of large homes, bringing prices down. The median size of new homes dipped from 2007 through 2009, then started climbing again—reaching a high of 2,488 square feet in the third quarter of last year. All those new, big homes might have watered down demand for older, big homes.

Still, there’s another possibility: McMansion owners are losing out because the market considers their homes an ugly investment, too.•