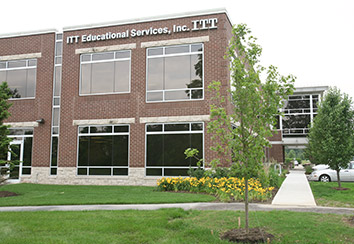 The company has already eliminated the “vast majority” of its 8,000 employees and canceled the fall academic quarter, which had been scheduled to begin this month, according to a statement released Tuesday morning.

ITT Tech announced a week ago it would stop enrolling students, and an Indianapolis charter school run by the company has also shut down.

The move follows years of scrutiny by the federal education department over its recruiting methods and students’ educational performance, and recent actions that made it ineligible to accept new students who relied on student loans.

In its statement Tuesday morning, ITT called the federal sanctions “inappropriate and unconstitutional."

"It is with profound regret that we must report that ITT Educational Services, Inc. will discontinue academic operations at all of its ITT Technical Institutes permanently after more than 50 years of continuous service,” the release stated. "With what we believe is a complete disregard by the U.S. Department of Education for due process to the company, hundreds of thousands of current students and alumni and more than 8,000 employees will be negatively affected."

The company said sanctions from the U.S. Department of Education “have forced us to cease” operations.

ITT was hit hard Aug. 25 by the education department’s mandate, which was made after ITT fell out of compliance with its accreditor’s standards and “put its students and millions of dollars in taxpayer-funded federal student aid at risk,” the department said.

The department also placed several other sanctions on ITT, including a freeze on executive compensation and an order that it increase its surety funds from $94.4 million to $247.3 million within the next 30 days.

The company said Tuesday that it “exhausted the exploration of alternatives,” which included transferring the schools to a non-profit or public institution.

"We have always carefully managed expenses to align with our enrollments,” according to the release. "We had no intention prior to the receipt of the most recent sanctions of closing down despite the challenging regulatory environment that now threatens all proprietary higher education."

ITT was under the scrutiny of its accrediting agency. The Accrediting Council for Independent Colleges and Schools was in the process of deciding whether to revoke ITT's accreditation.

ACICS had said earlier that ITT faced litigation and investigations from three federal agencies related to the school’s “student-lending practices and misrepresentations to investors.”

ITT was founded in 1946 as Educational Services Inc. and has been headquartered in Carmel since 1969. It filed its initial public offering in1994.

The company reported revenue in the latest quarter of $191.5 million, down almost 17 percent from the $230 million the company brought in a year ago.

Bradley Safalow, the founder and CEO of PAA Research, began waving a red flag about ITT seven years ago, when the company’s stock was above $100. Shares closed Friday at 36 cents each. Safalow said Tuesday in an email to IBJ that ITT has failed to take responsibility for its own problems and continues to blame the federal government.

"Obviously the company is desperately trying to craft its own narrative while glossing over their egregious and negligent behavior over the past 5-6 years," Safalow said. "This morning's press release is just another example of management's refusal to be accountable."

ITT students might be able to transfer their federal loan credits elsewhere or possibly have them canceled. The feds have forgiven close to $100 million in debt incurred by former Corinthian Colleges Inc. students left stranded by that company’s 2015 closure.

Millions of students have flocked to for-profit campuses and online programs in search of credentials of questionable value in recent years. State and federal investigators have alleged that many schools deceived these students about their future job prospects. The Consumer Financial Protection Bureau alleges that ITT also misled its students—a charge the company strongly denies. But ITT’s schools in recent years have collectively received billions of dollars in taxpayer-funded student loans and grants. Borrowers have defaulted on much of that debt.

If the education department follows the CFPB and determines that the company duped students into enrolling, borrowers would be eligible to have their federal debt canceled. Taxpayers would pay the price.

Whatever the resolution, ITT's closing is bound to be a major inconvenience for hundreds of students.

Brian Langford, an ITT student from Riviera Beach, Maryland, revealed his frustration Tuesday in a post on a Facebook page for ITT students.

"I am beyond pissed as I was supposed to be finished with school in December," he wrote.