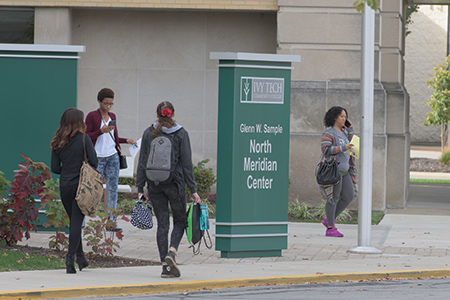 Ivy Tech awarded 9,954 associate’s degrees—a 5 percent increase over the previous year and nearly twice as many as Houston Community College, the second-highest school on the list. With four-year schools added, Ivy Tech had the third-highest number of associate’s degrees awarded, behind University of Phoenix-Arizona and Miami Dade College.

“Ivy Tech Community College is thrilled to see so many students earning their associate degree,” Ivy Tech President Sue Ellspermann said in a statement. “Lumina Foundation has set a goal to have 60 percent of our workforce holding a degree or certificate by the year 2025. With Ivy Tech’s facilities, program offerings, and faculty and staff, we are well equipped to help meet that goal.”

Despite its large number of graduates with associate’s degrees, the Indiana General Assembly has been pushing Ivy Tech to ensure that more of the students who start degrees at the school actually finish them.•