Pfenninger has helped grow an email company to a position as an industry leader, with customers that include Marketo, Sailthru and Adobe. 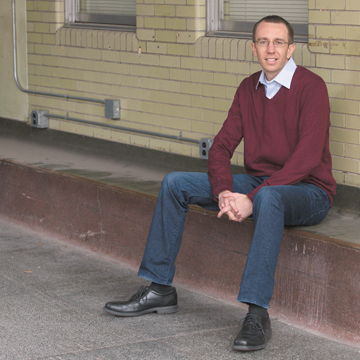 Getting here: After college, Pfenninger worked as an analyst and tech manager for a series of companies, including Financial Stocks Inc. and PlayFirst Inc. He also co-founded—and sold—MarketRiders, an online portfolio manager. He returned to Indiana and became involved with Elevate Ventures as a venture partner and chief technology officer, learning, he said, “if I’m going to do the work, I want to be able to bet on myself.” While building his IT consulting firm, Exit 31, he was introduced to email company 250ok. “We started shifting our resources toward helping that business grow—then we struck a deal and brought all of our Exit 31 team on board.”

entrepreneurship: Pfenninger was already entrepreneurial in college, when he and a friend started Debtforsale.com, later acquired by e-debt. The idea formed while reading an article in class rather than paying attention to the instructor. He and a partner “made a little money,” but learned a lot. “I’d rather be down in the trenches building something than investing and watching other people do it.”

Major company achievements: “We have innovated and grown the company from a place where viability was in question into a leadership position in the email marketing space.” A few years ago, he said, the company had a handful of customers. “Today, we do business with companies that everybody knows.”

Givebacks: Pfenninger serves on the national advisory board for Indiana University Hillel.•