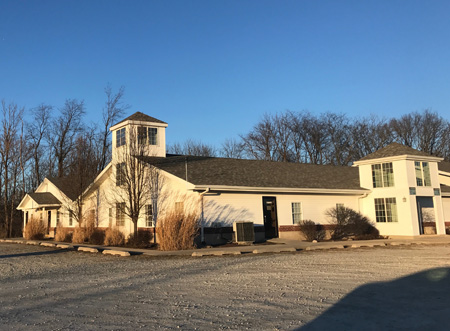 The Humane Society for Hamilton County plans to relocate from Noblesville to Fishers in hopes of significantly upgrading its operations and programs.

Since 2006, the not-for-profit has been located on county-owned property between the Hamilton County 4H Fairgrounds and the Household Hazardous Waste Center near the southwest corner of Pleasant Street and State Road 37.

Before that, it was located at the Hamilton County Jail property.

Now, the Humane Society is planning to buy the 10-acre property on the southeast corner of 106th Street and Hague Road—currently home of Creekside Ministries—and relocate there.

The Humane Society has filed a rezoning request for the property, which includes two structures (see photos) that would be repurposed.

The Humane Society says in its filing that it has been searching for new space for years because it is landlocked at its current site and can’t expand there.

The organization, which accepts unwanted animals from Hamilton County residents and law enforcement officials year-round, also doesn’t own the building it's in, and says the cost to redesign it would be too expensive.

The cost of remodeling the church structures was not disclosed, but it is expected to be millions of dollars cheaper than constructing a new facility.

Executive Director Rebecca Stevens was not available for comment.

“Each day we face the challenges of a building that was designed without a quarantine or recovery area for injured, sick or contagious animals, that has no education or meeting space to accommodate our programs, that provides no noise control in our kennels, that is missing an intake area for cats forcing us to keep them in a storage/mop closet, that has no windows in our animal areas for sunlight, no grassy area for dogs to play or be walked safely and that has one small storage room,” a memo from the organization to the city reads. 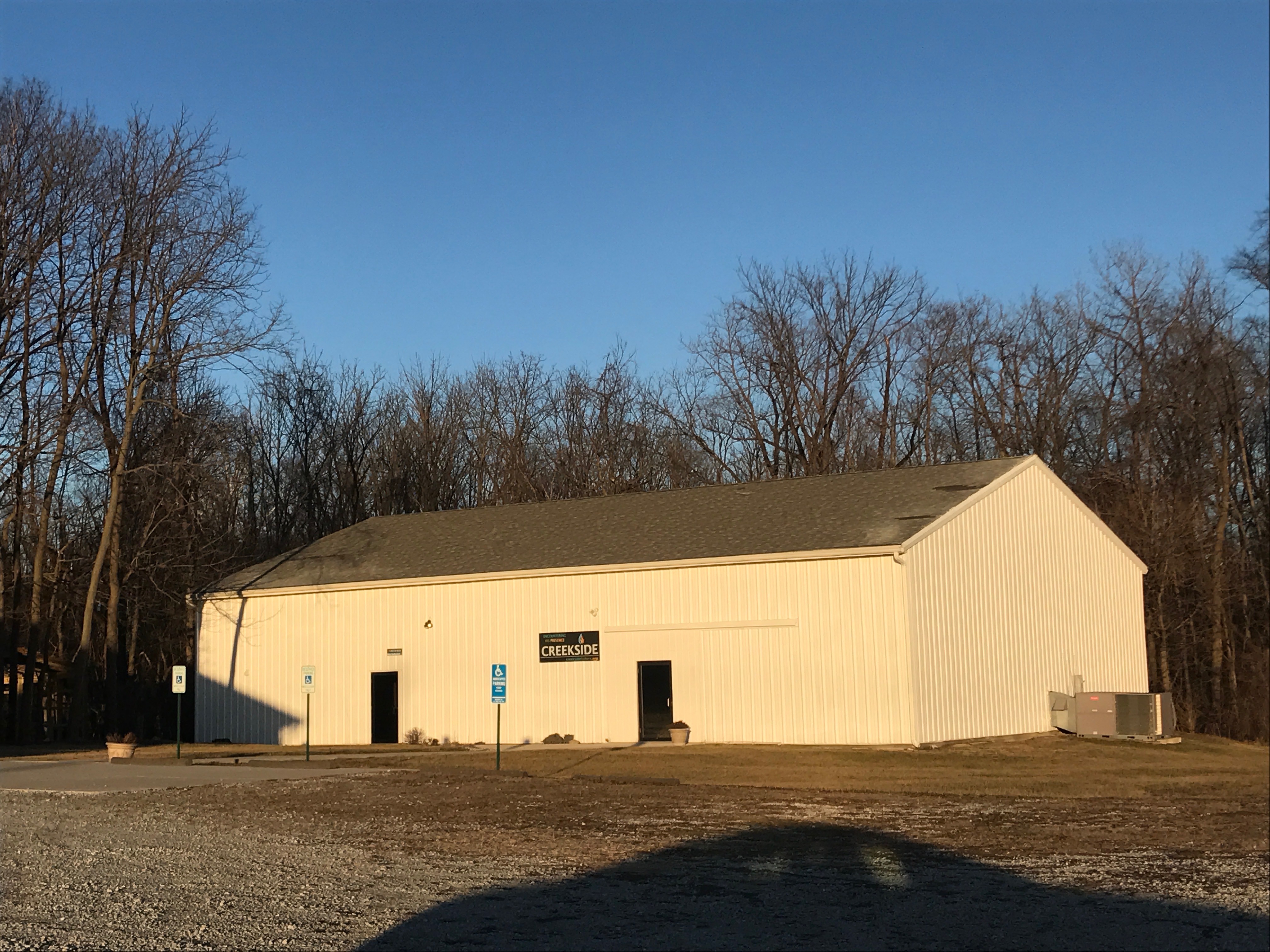 Creekside, which was founded in 2002, has been looking to sell the property for some time. The Humane Society considered buying it four years ago, but decided at the time it couldn't afford it. The property, at 10501 Hague Road, is listed for $1.35 million. The buildings were constructed in 1978.

Because of the pending zoning request, the not-for-profit has not bought the property yet.

The new space would allow the Humane Society to increase the programs it offers and would “embrace the existing landscape and be a visual celebration of life and hope," the memo reads.

“We are not looking to create a municipal-like ‘dog pound’ where animals go to die.”

Since January, the organization has been reaching out to surrounding neighborhoods and has had several meetings with residents. Multiple letters of support were included in documents submitted to the city for the rezoning request.

According to the documents filed with the city, the largest percent of the group’s donations and corporate sponsors come from Fishers. It is also where the highest portion of adoptions come from.

Funding from Hamilton County and municipalities account for about 20 percent of the budget, and the remaining funds come from donations, fundraising events, adoption fees, grants and corporate sponsorship.

The organization follows a “no-kill” policy, meaning it does not euthanize animals based on time limits, space, treatable injuries or illnesses or behavior issues. Animals with critical injuries or serious illnesses that are not treatable, like cancer, are euthanized.

The Fishers City Council is expected to discuss the rezoning application at its meeting Monday. The request appears to already have the support of Fishers Mayor Scott Fadness.

“I’ve come to the conclusion that now is the time for a new facility, so that we can help those who cannot help themselves,” Fadness, who is a board member for the Humane Society, said in a YouTube video promoting the relocation.