Home » Holcomb seeks $4M to plan next Regional Cities round 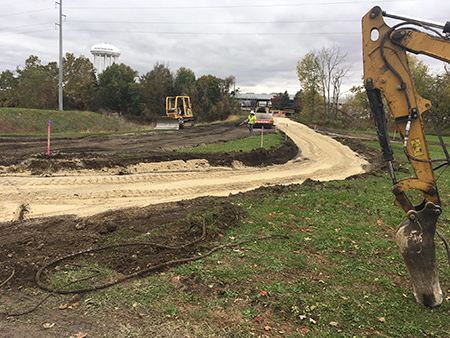 Gov. Eric Holcomb’s new administration is so pleased with the progress of the Regional Cities program implemented last year that it’s seeking more money from the Legislature to advance it.

Just a week after taking office, Holcomb asked lawmakers for $4 million—not nearly enough to fund a new round of projects in regions (including central Indiana) that weren’t chosen in the initial round.

But it would be enough, Holcomb said, to keep the “planning and momentum going” in those areas—under the assumption that additional money would be available down the line.

The budget bill passed by the Republican-controlled House on Feb. 27 didn’t include any new money for Regional Cities, a program meant to boost the quality of life—and the population—in regions across the state. And Senate Appropriations Chairman Luke Kenley, who will craft his chamber’s version of the two-year spending plan, told IBJ through a spokeswoman that he’s not prepared to say whether he’ll include money for the program, either.

Meanwhile, IEDC has distributed $150,000 planning grants to each of the four regions—including central Indiana—that weren’t selected in the first funding phase.

“We will be monitoring progress of the Phase 1 and [not-selected] regions as well as other regions that form in the coming years,” IEDC spokeswoman Abby Gras wrote to IBJ in an e-mail, “and an assessment of that progress will be used to help determine what level of state funding might be appropriate in the future.”

But without additional funding, those latter efforts could fall flat.

Former Gov. Mike Pence conceived the Regional Cities program—and the Legislature approved it—as a way to encourage the communities that make up regional economies to work together on quality-of-life planning. It was funded initially through a tax-amnesty program that allowed individuals and businesses to make good on delinquent tax bills without penalties.

MORE FROM IBJ
See the progress of Regional Cities so far.

Seven regions developed plans and applied for the money; IEDC was to pick two that would each receive $42 million to implement their projects.

But when the amnesty program appeared to be generating more revenue than expected—ultimately a total of $188 million—the IEDC board opted to fund three proposals, a move lawmakers OK’d.

The three regions offered plans for a total of 100 projects that—when the state grants are combined with planned local and private investments—will cost more than $2 billion.

But the regions did not receive all the state money upfront. Instead, IEDC is releasing the dollars for projects individually.

So far, it has released $49.1 million for 21 projects, including the first phase of a $166 million redevelopment of a former Studebaker auto plant in South Bend, renovation of a historic theater in Fort Wayne, and a $12 million upgrade at Evansville Regional Airport.

“Our projects are moving along pretty well. We’ve been really pleased with how things are progressing,” said Greg Wathen, president and CEO of the Economic Development Coalition of Southwest Indiana.

At least one of the southwestern Indiana projects—a science lab at a local school—is finished. Work has started on a host of others, including the airport renovations and plans for new housing in several communities.

“Having so much of an infusion at one time, it just allows us to do larger projects and really make a difference,” Wathen said.

Northeastern Indiana included 38 projects in its plan—although it’s using a first-come, first-served approach to funding them. Projects receive money as they are ready to advance and not all that were included on the original list will be funded.

This competitive component is generating a sense of urgency for project stakeholders, said Michael Galbraith, who oversees the northeastern Indiana plan, called Road to One Million.

“We’re moving on a little bit faster timeline than we had anticipated, which really is a good thing,” he said.

North-central Indiana has enjoyed some “unforeseen benefits” from its Regional Cities participation, said Regina Emberton, president and CEO of the Michiana Partnership. As was the case in northeastern Indiana, the Regional Cities planning process generated more project ideas than will actually receive funding.

But many of those projects are still moving forward with other funding, Emberton said. And the planning process sparked a deeper level of collaboration among local entities.

“It really does feel like it was a huge catalyst for the efforts that are happening in north-central Indiana,” she said.

In the meantime, the regions that weren’t picked are waiting—and doing some revising of their original proposals.

Central Indiana’s plan included funding for the Red Line bus rapid-transit route. Since then, IndyGo has identified other funding sources—including a federal grant and a just-passed tax increase—to pay for the route. It wouldn’t be part of a future Regional Cities application. 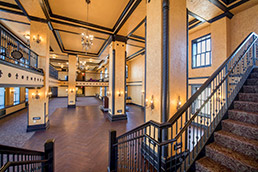 “I think there’s still room for some components of the original plan to be included,” said Chris Pryor, chairman of the Central Indiana Regional Development Authority. Pryor also is vice president of government and community relations at MIBOR. But central Indiana might include transit projects that involve Johnson or Hamilton counties—or both.

So far, central Indiana is using its $150,000 planning grant for efforts related to the Central Indiana Regional Transportation Plan and Accelerate Indy, an economic development initiative of the Indy Chamber.

But what if additional Regional Cities funding never comes through?

“I think that’s a great question,” Pryor said. “Right now, it’s kind of all in question by the Legislature. We’re certainly hopeful that there will be some additional funding available.”

Because the state can raise money through a tax amnesty program only about every 10 years, the Holcomb administration must find another source of one-time money if the Legislature doesn’t come through, said John Stafford, a senior fellow at the Indiana Fiscal Policy Institute.

“We really don’t know if the General Assembly has interest in funding Regional Cities, on an ongoing basis, out of the general fund,” Stafford said. “That wasn’t what happened in the last two general sessions.”

“We’re just trying to find out, in the context of what happens in the Legislature, what direction our plan update takes,” said Corey Murphy, the economic development director for New Castle and Henry County.

If another round of grants is funded, east-central Indiana would be interested in applying again, Murphy said. If not, the region might instead focus on projects for which it could secure other funding sources.

“Maybe it is a very deep dive on a specific regional project as opposed to an overall regional plan,” Pryor said. Improvements to the region’s recreational trail system might be a focus, he suggested.

Northwestern Indiana seems to be the region passed over for initial funding that is furthest along in its efforts to be ready for a future round.

That part of the state had hoped to secure Regional Cities money for rail projects in Lake, LaPorte, Porter and St. Joseph counties. Those projects remain a priority and officials have found funding for one of them, said David Wellman, communications manager for Northwest Indiana Regional Development Authority.

One project would extend a commuter rail line from Hammond to Dyer and add four stations along the way. Between local, state and federal funding, the region has identified as much as $600 million for the project, Wellman said.

The region will use its $150,000 planning grant to fund a “market sounding” study to explore transit-oriented development opportunities around the commuter line’s existing and proposed stations.

Northwestern Indiana also is working to double-track the railroad lines between Gary and eastern Porter County. Adding a second track would allow train traffic to move in both directions at once, easing congestion.

The cost of that project, and potential funding sources, is still in the works.

“We want to make sure that we’re all in this thing together,” he said. “We need to have Indiana have the smartest, most capable workforce out there.”•