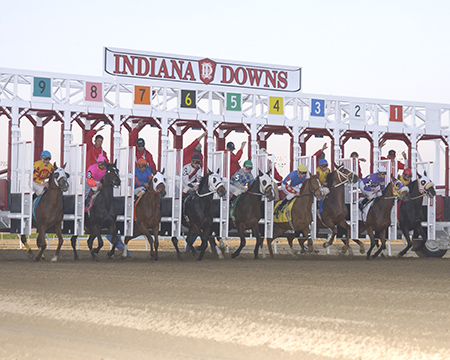 In its first acquisition after emerging from bankruptcy, Caesars announced it would pay $1.7 billion for Indianapolis-based Centaur and its two racetrack-based casinos in Anderson and Shelbyville.

If approved by the Indiana Gaming Commission, Indiana Horse Racing Commission and other regulators, Las Vegas-based Caesars would own four of Indiana’s five largest casinos, when measured by gambling revenue. It already owns two Horseshoe-branded casinos in Indiana—one on the Ohio River and one on Lake Michigan.

The deal is expected to close in the first quarter of 2018.

Centaur serves more than 6.5 million customers each year across its properties, which include Indiana Grand, Hoosier Park and off-track-betting centers in New Haven, Clarksville and Merrillville. In the last fiscal year, which ended June 30, Centaur generated $480 million in casino revenue.

State law prohibits one company from owning more than two casinos in Indiana. However, Jennifer Reske, the Indiana Gaming Commission’s deputy director, said that doesn’t apply to the racetrack-based casinos, which were authorized under a different law.