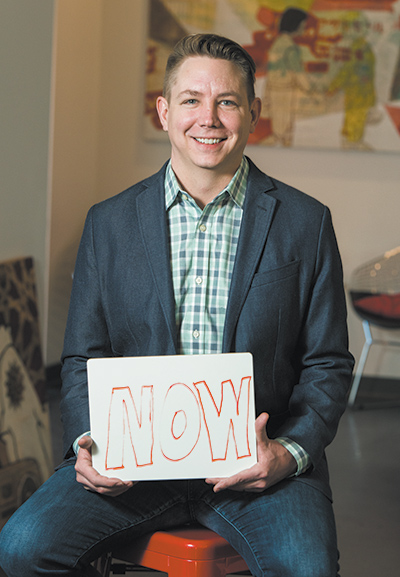 One of the state’s leading cybersecurity experts, Lewis’ “ethical hacks” have exposed vulnerabilities in a corrections facility, an in-flight entertainment system and a leading global law firm.

Getting here: “I became interested in cybersecurity around 1998 when my parents’ computer was hacked,” Lewis said. “In 24 hours, I had rebuilt the computer.” After two years at Indiana State, Lewis transferred to IUPUI and started working for—and making an impression on—businesses, including IBM . IBM quickly recognized and rewarded Lewis’ technical acumen. That’s when Lewis said he “hit the pause button on my academic roadmap.” IBM led to Fifth Third Bank, Verisign, Midcontinent ISO, Digital Bon and Accuvant (now Optiv). “Once I gained my certification, my phone has yet to stop ringing.”

Transitional moment: “Deciding to step into my power and build my own organization.”

Recent challenge: “We had a few challenges with communicating our vision to each other and our team. We hired an executive coach who has helped us gain clarity and define an approach that makes it easier to share and gain more frequent feedback, empower our management team, and build a platform for continuous improvement.”

Exposed: How long would it take Lewis to find out something embarrassing about someone? “I would say 24 hours or less,” he said. “Depends on what’s on my schedule.” To make it more difficult, he advised, everyone should “avoid clicking hyperlinks in email and enable two-factor authentication.”

Givebacks: Lewis works with the Indianapolis chapter of the Open Web Application Security Project, is sector chief for InfraGard Indiana Members Alliance, and is on the Executive Council on Cybersecurity for the state of Indiana.