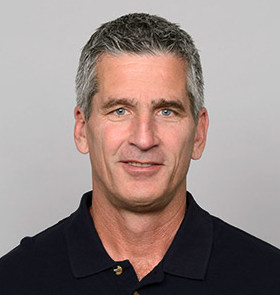 The Indianapolis Colts' second choice for head coach could turn out to be even better than the first.

And Frank Reich has the Super Bowl championship gear to prove it.

"Frank is a leader of men who will demand excellence from our players on and off the field," Ballard said in a statement released Sunday. "I look forward to working with Frank to deliver a championship-caliber team to the city of Indianapolis."

Terms of the deal were not immediately available, but Reich is expected to be introduced at a news conference Tuesday.

Colts officials posted a photo of Reich signing the deal on the team's website.

The move ends a search that spanned 41 days, included two coaching announcements and the embarrassment of McDaniels changing his mind Tuesday night just eight hours after telling the Colts he'd take the job.

On Wednesday, Ballard answered questions for nearly 20 minutes before finishing with "the rivalry is back on."

By hiring Reich, another touted offensive coordinator and a potential leading candidate next season, only added another chapter to the long and bitter series.

Exactly one week after backup quarterback Nick Foles executed an exquisite game plan to beat Tom Brady and the favored Patriots, the Colts brought back a longtime assistant who spent two seasons working with Peyton Manning.

But this wasn't just about sending a message.

"Frank has all the ingredients of a successful head coach: intelligence, innovation, character, organizational and leadership skills, and a commanding presence," team owner Jim Irsay said. "He also has a stellar reputation, and his myriad of life experiences and the people he has worked with make him the perfect fit for us and our fans. I feel extremely fortunate and could not be more excited for Colts Nation and the future of our franchise."

It didn't take long to make the decision.

Ballard interviewed the 56-year-old Reich on Friday, the day after Philadelphia held its victory celebration.

He replaces Chuck Pagano, who was fired hours after finishing the season with a 4-12 record and missing the playoffs for the third consecutive year.

Reich takes over a franchise that appears to have some key pieces in place—especially if Andrew Luck is healthy.

Luck missed the entire 2017 season after having surgery for a partially torn labrum in his throwing shoulder. He went on injured reserve in November because of lingering pain in his right shoulder after he had started throwing a football.

The Colts also have a defense that showed steady improvement throughout the season, the No. 3 overall draft pick in April, nearly $80 million to spend in free agency and a promising backup quarterback in Jacoby Brissett, who started 15 games in 2017.

And the Colts already have three assistants on Reich's staff — probable defensive coordinator Matt Eberflus, Mike Phair and Dave DeGuglielmo. All three agreed to join McDaniels' staff in Indy and have been promised by Ballard that they will remain on the staff.

Reich, meanwhile, returns to the franchise where he started his coaching career as an intern in 2006. He was named an offensive assistant in 2008, succeeded Jim Caldwell as quarterbacks coach the next season and became receivers coach in 2011.

In 2012, he coached the receivers in Arizona and then was hired as San Diego's quarterbacks coach in 2013. The Chargers promoted him to offensive coordinator in 2014 where he stayed until joining the Eagles in 2016.

Reich may be best known, however, from his playing days as an NFL quarterback, when he rallied the Buffalo Bills from a 35-3 deficit to a 41-38 overtime victory over the Houston Oilers in January 1993—the biggest comeback in playoff history.

Now, in his first head coaching job, he will be paired with the architect of the second-biggest playoff comeback, Luck.

"Frank Reich was with me at the end of my tenure with the Colts," Hall of Fame coach Tony Dungy wrote on Twitter. "He has a creative offensive mind. He's a great communicator and a high quality person. The Colts are in great hands."

Reich graduated from the University of Maryland, where he was a backup quarterback to Boomer Esiason. He won the starting quarterback job as a senior and spent 14 seasons in the NFL playing for Buffalo, Carolina, the New York Jets and Detroit.