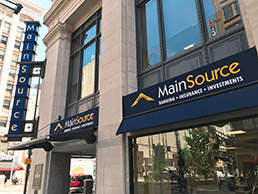 The $1 billion sale of Greensburg-based MainSource Financial Group to Cincinnati-based First Financial Bancorp had plenty of twists and turns—including the sale of five branches to address regulators’ concerns about competition.

But the deal, which was announced last July, is finally set to close April 1, the banks said in a press release.

Completing the transaction will be highly profitable for the investment banking firms representing the institutions.

New York-based Sandler O’Neill and Partners is acting as First Financial’s financial adviser. It is set to receive a fee of $4 million, all of which is contingent on the deal’s closing, regulatory filings show.

Representing MainSource is Keefe Bruyette & Woods Inc., which received $1.2 million when it provided a fairness opinion last year and is set to receive $8.8 million more upon closing.

Another key player in the deal was the law firm SmithAmundsen LLC, which represents MainSource.