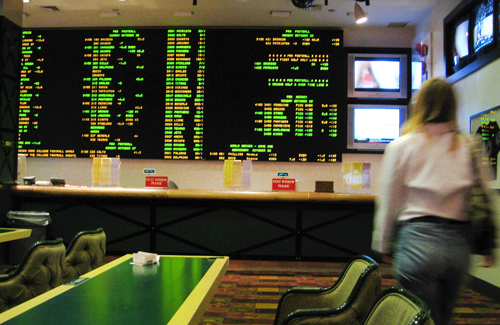 Indiana casinos will seek to offer sports betting now that the U.S. Supreme Court has struck down a federal law that restricted gambling on football, baseball and most other sports games only to Nevada, a casino industry leader told IBJ.

The Indiana Legislature would have to authorize the change first—and key lawmakers say it will likely be a topic for a legislative study committee. 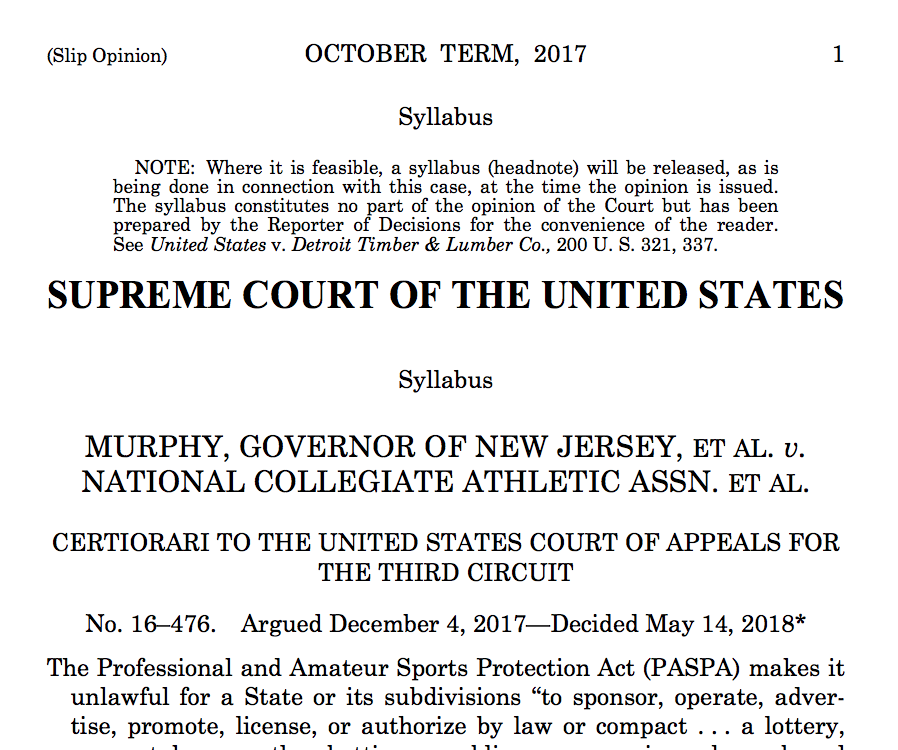 But how the General Assembly decides to tax the wagering could determine which casinos actually participate, said Matt Bell, a former state legislator and executive director of the Casino Association of Indiana.

“It’s a great opportunity for all the properties in Indiana to offer an amenity that draws new customers to our facilities,” Bell said. “But there are a lot of questions to consider.”

Among them: Will sports betting be restricted to licensed casinos? Could gamblers use mobile accounts to wager? And how much would casinos pay in taxes on either the total amount wagered, the amount the casinos win or both?

Answering those questions won’t come easily, which means it will likely be one to two years before Indiana offers sports betting—if lawmakers decide to do so at all.

Several states have legislation currently pending. West Virginia has already approved a law that would allow sports gambling, in anticipation of the Supreme Court's ruling.

“Other states are likely to follow,” said Nathaniel Grow, associate professor of business law and ethics at Indiana University's Kelley School of Business. “As a result, legalized sports gambling will likely soon be available in a number of new markets across the country.”

One research firm estimated before the ruling that if the Supreme Court were to strike down the law, 32 states would likely offer sports betting within five years.

The American Gaming Association estimates that Americans illegally wager about $150 billion on sports each year.

In Indiana, two bills introduced in January—one in the House and one in the Senate—would have authorized sports betting at Indiana’s 11 riverboat casinos, two racetrack-based casinos and four off-track wagering facilities in Indiana—if the Supreme Court ruled the way it did Monday.

“Sports wagering is happening already,” said Rep. Dan Forestal, D-Indianapolis, who co-authored one of the bills. “It’s underground. It’s done by criminals at this point, let’s be real. I want to legitimize it, tax it and make sure the state can regulate it in such a way that it becomes a legitimate business.”

However, both of those bills died after failing to receive a vote in a committee.

“There most certainly will be meetings this summer that deal with exactly how Indiana will move forward,” Morrison said. “Whenever we talk about gaming, there’s always those for and against. And the interesting thing is, it’s not a partisan issue.”

But he said that even if the issue isn’t studied this summer, the legislation is likely to be re-introduced in 2019.

Bell said the state’s casino industry is eager to be involved. He said Indiana’s casinos were initially hopeful about the concepts presented in January but ultimately did not support Morrison’s bill because its tax structure would have made it financially difficult to make money off the betting.

That’s in part because the bill included a provision pushed by Major League Baseball and the NBA that would have imposed a 1 percent fee on the total amount wagered on sports in Indiana to be used for integrity programs in the leagues. Because casinos only make money off the amount of money gamblers actually lose—rather than off the amount wagered—the tax would have actually equaled about 20 percent of the casino’s so-called “win,” Bell said.

“There will be deep philosophical debates about such things,” he said.

The House and Senate bill would have imposed a 9.25 percent state tax on the casino’s win. That’s higher than the 6.75 percent tax imposed in Nevada but lower than proposals in other states, Bell said.

But the bills differed in their treatment of mobile gaming. The House bill would have allowed betting on devices instead of only at the casino itself, while the Senate bill did not expressly authorize mobile gaming.

Those are among the issues with which all states will be grappling. IU’s Grow said, “The big question moving forward is how the sports gambling industry will be regulated.

“Rather than rely on a hodgepodge of individual state laws, the four major U.S. sports leagues—Major League Baseball, the National Football League, the National Basketball Association and the National Hockey League —will likely seek new legislation in Congress regulating sports betting in a uniform manner across the country,” he said. “Whether such a nationwide law will be passed or not, remains to be seen.”

More than a 18 states, including Indiana, had supported New Jersey, which argued that Congress exceeded its authority when it passed the 1992 Professional and Amateur Sports Protection Act, barring states from authorizing sports betting. New Jersey said the Constitution allows Congress to pass laws barring wagering on sports, but Congress can't require states to keep sports gambling prohibitions in place.

All four major U.S. professional sports leagues, the Indianapolis-based NCAA and the federal government had urged the court to uphold the federal law. In court, the NBA, NFL, NHL and Major League Baseball had argued that a New Jersey gambling expansion at the heart of the case would hurt the integrity of their games. Outside court, however, leaders of all but the NFL have shown varying degrees of openness to legalized sports gambling.

“I think it’s way too early to say whether we’ll go do something or not, but obviously this is a pretty significant decision that could have impacts across the industry, across the states,” said Rep. Todd Huston, R-Fishers. “We’ll need to figure out how best to proceed.”