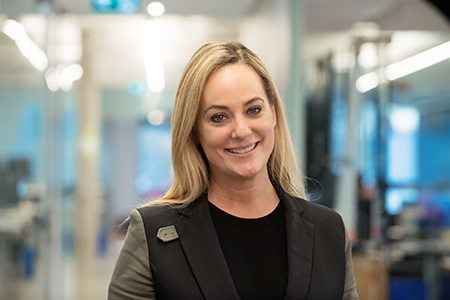 Over the last decade, KAR Auction Services has taken the old-school business of auto auctions into the digital era.

A big part of that has been the acquisition of Toronto-based Nth Gen Software Inc.—also known as TradeRev—whose software allows auto dealers to buy and sell used cars with one another and analyze transactions.

How is TradeRev performing since KAR bought the entirety of it?

What’s been the biggest challenge of TradeRev’s integration?

We’re tripling the size of our TradeRev employee base this year and so that means bringing in a lot of people. Sending the job descriptions out there, bringing in and interviewing the candidates, hiring the right candidates, on-boarding and training them. The automotive industry is quite complex. There’s a lot to learn.

We’ve brought on employees at all levels of the organization, but primarily we’re enhancing our sales and support staff. And right now we have close to 70 developers in Toronto and Chicago, and we’re hoping to double that.

What’s the timeline on doubling the developers?

By the end of the year.

What does TradeRev bring to KAR and its customers?

TradeRev makes car sales fair and easy for everyone.

KAR started as a dealer-to-dealer auction. Dealers have two options: Sell vehicles they’ve taken as a trade-in but don’t think they can sell on their lot at auction, or sell to wholesalers who bake in their own profit. TradeRev is there to help dealers have another option. With TradeRev, dealers can launch photos and videos of a vehicle they want to sell and the buyer base gets notified via cell phone and they can go in and bid. Dealers can sell the vehicle within an hour instead of waiting to go to auction or losing some profit to the wholesaler.

How is the digital transformation changing KAR’s business?

We’re seeing in a lot of industries people want it faster and easier. I tell people the reason I buy toothpaste on Amazon when I have a CVS two miles from my house is because it’s easy. That’s what TradeRev is about—making our customers’ lives easier and more convenient.

What are the biggest tech changes you’ve seen in the auto auction business in your time with KAR?

When I joined, we were just starting a simultaneous [digital] bidding platform at all of our auctions. That allowed people to bid on our cars at the auction through our bidding platform either from their home or office and not be at our auctions. At that time, that was seen as radical. We thought: Are people really going to bid on and buy cars online without ever having seen them? That was huge at the time.

Then when you fast-forward to 2011, when we bought Open Lane, which was a completely online auto auction … everybody underestimated the power. Right now, we sell over a million cars [annually] on that platform and when we bought it, it was nowhere close to that. Now … I can see TradeRev as that kind of a disruptor. TradeRev not only includes cars that were [previously] sold at our auctions, it also includes cars that never went to the physical auctions and were sold from one dealer to another dealer, and that’s a piece of the market we never had.

What percentage of KAR’s sales are being done digitally and remotely?

Fifty percent of our cars are being sold online. A decade ago, that was definitely less than 10 percent, maybe 5 percent.•