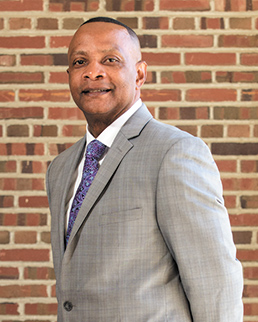 CEO Danny Portee is an Army veteran who was injured in the Korean DMZ during combat operations. (IBJ file photo)

Exceeding expectations: Last year, Danny Portee thought his company would finish with $17.3 million in revenue. Instead, Professional Management Enterprises, which provides IT staffing and support, call-center management and other services, reached $18.9 million thanks to work with Anthem, Managed Health Services, MDwise and CareSource. “Over the last 11 years, we have shown that we can add value to these large clients,” said Portee, PME’s president and CEO. He also credits Merchants Bank of Indiana for providing financial support that’s helped the company grow.

Services: For Anthem, PME provides call-center support in 10 regions of the state. It also offers what is known as “locate and engage.” “This is where we have social workers go out and get those who might not be using their Medicaid correctly, or going to the hospital wrong, or they’re not engaged with all the benefits associated with Medicaid,” he said.

Moving up: Last July, PME moved from Fort Harrison to 93rd and Meridian streets, an 8,000-square-foot location that supports its growth. The company has a call center in its new headquarters, and on May 1 it added a new service: non-emergency medical transport. “We’re taking homeless veterans or veterans who were having trouble with work, putting them through a training program, and now hiring them to be like an Uber or Lyft driver picking up patients and taking them to their medical appointment.”

About those veterans: “That could have been me,” said Portee, a service-disabled veteran who joined the Army in 1983 and was injured in the Korean DMZ during combat operations. He’s had seven back surgeries and two neck surgeries. “Every day, I live in major pain.” That’s one of the reasons he’s in business for himself—so he can take time to tend to his injuries when necessary.

Projections: Portee projects PME will close out 2018 at roughly $22 million, and in 2019 he expects revenue of more than $25 million.•