Home » The case for (and against) investing in Elanco Animal Health 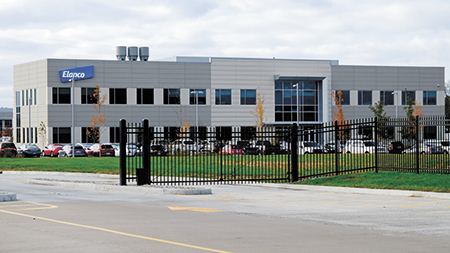 Investors so far are swooning over Elanco Animal Health Inc., the newly public spinoff from Eli Lilly and Co.

It turned out that Lilly underpriced Elanco this month when it sold 72.3 million shares, or 20 percent of the company, at $24 apiece, generating proceeds of $1.7 billion. On the first day of trading, Sept. 20, the stock zoomed to $36—giving the business a stock market value of $13 billion.

Market observers say the exuberance stems from investors’ hope that Greenfield-based Elanco—the No. 4 animal health company in the world, with $2.9 billion in revenue and 5,880 employees—will be the next Zoetis, the former animal-health division of Pfizer, which has nearly tripled in value since going public in 2013.

So far, Elanco doesn’t stack up well in the comparison, given that annual sales have been flat for three consecutive years. Elanco’s results are surprisingly tepid in light of the animal-health industry’s robust growth, “Mad Money” host Jim Cramer opined on Sept. 24.

“I think this could be a very intriguing story, but not until the stock goes lower or we get more reason to believe that the growth is accelerating,” Cramer said.

Market observers say just freeing Elanco from the corporate clutches of Lilly could give the company a big boost. The thinking is that Elanco’s performance barely moved the needle for Lilly overall­­—accounting for just 13 percent of the pharmaceutical firm’s sales—and thus investors didn't assign the business the value it deserved when pricing the stock.

In addition, the IPO, and Lilly’s plan to divest its remaining 80 percent over time, will give Elanco’s board and top executives, including longtime CEO Jeff Simmons, full control over capital allocation and strategy, allowing them to unleash the company’s untapped potential.

It’s a playbook that has worked often in corporate America. For example, the results were spectacular when Lilly bundled together its medical-device businesses in 1994 and took them public as Guidant Corp. At its IPO, Guidant had annual sales of $862 million and a stock market value of $1.2 billion. Twelve years later, the company—then with $3.6 billion in revenue—sold to Massachusetts-based Boston Scientific Corp. for $27 billion.

Also fueling Elanco investors’ optimism are projections from the research firm Vetnosis that the global animal-health market will grow at a compound annual rate of 5 percent from 2017 to 2023. 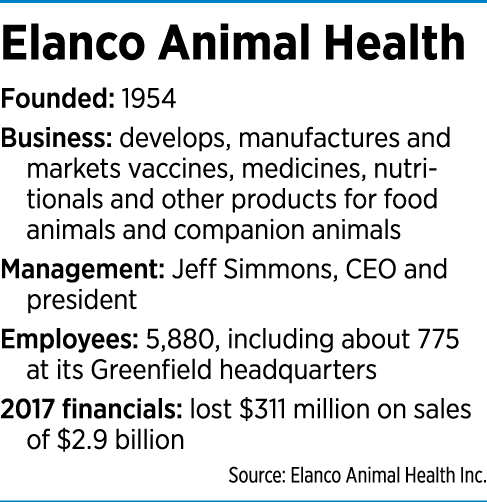 Elanco divides its products into two categories—those for food animals, such as livestock and chickens, and those for companion pets, primarily dogs and cats. Elanco has been in the first business since its founding in 1954. It sees future growth of that segment fueled partly by the “increased global demand for protein, particularly poultry and aquaculture,” according to the company’s IPO prospectus.

Elanco has gone from having a “minimal presence” in companion pets in 2007 to generating more than $900 million in sales in that segment in 2017. It sees continued strength, driven by “increased pet spending as pets are viewed as members of the family by owners,” according to the IPO filing.

So far, investors juiced about long-term prospects have been willing to look beyond the fact that Elanco’s been awash in red ink—losing a total of more than $500 million over the past three years. Those losses stem partly from one-time costs related to acquisitions, including the $5.4 billion purchase of Novartis’ animal health business in 2015.

One drag on Elanco’s profitability going forward is a significant debt load—$2.5 billion. Notably, the proceeds from the offering are not going into Elanco’s coffers. Instead, they are flowing to parent company Lilly as compensation for shedding 20 percent of its stake.

On the plus side, Elanco is highly diversified, with its top 10 products accounting for just 41 percent of revenue. In addition, R&D in the animal health realm is far cheaper than with human pharmaceuticals, and studies of product efficacy are more streamlined. As a result, Elanco’s 2017 R&D spending, $128 million, equated to just 4.4 percent of sales. By comparison, Lilly’s R&D spending represented 23 percent of sales.

And animal health products that sell well have enviable staying power, thanks to a much weaker presence of generics than in human pharmaceuticals.

Elanco said in its IPO prospectus that five of its 10 top products have been on the market more than a quarter century.•