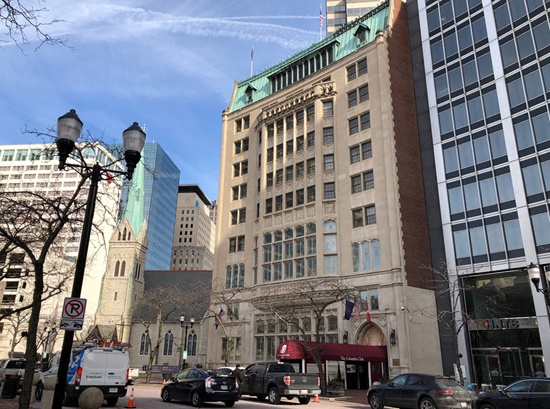 A long-standing private club on Monument Circle plans to invest upward of $3 million in its facilities in a strategy partly aimed at bringing in new—and younger—members.

The Columbia Club at 121 Monument Circle has launched a $3 million capital campaign to raise funds for several new club amenities, including a rooftoop bar and bistro, a wine vault and tasting area, and a new business center. The project also will include aesthetic improvements throughout the building.

The organization was founded in 1889 and moved into its current 10-story home in 1925. The upgrades are part of the club’s 2020 strategic plan, developed in mid-2017 through an extensive survey of club members and more than 700 interviews with people who may have an interest in joining.

“We want to stay relevant in the community,” said James B. Rentschler, chief operating officer and general manager of Columbia Club. “Yeah, we’re 130 years old, but we can’t act [that way]. We have to know what’s hot and what’s exciting for members and new members.”

Several projects are in the works for the building, with about $3 million total in planned capital improvements:

— Several improvements to the rooftop, including a new terrace, cigar area and bar. The plan for the rooftop includes a year-round element in addition to an open-air bistro-style restaurant. The total cost of those improvements is expected to be about $1.8 million.

— A $75,000 wine vault and tasting area on the second floor mezzanine, replacing the existing business center. The area will have the capability to connect members of the club with wine connoisseurs around the world.

— A lounge on the fifth floor, replacing the two-bedroom Columbian Suite. The $250,000 space will overlook Monument Circle and is expected to feature a stone-mantle fireplace, a private bar, cocktail tables and formal dining spaces.

— The men’s locker room will undergo an expansion, with the addition of at least 60 lockers on the basement level of the building.

Rentschler said the club already has invested more than $2 million in the past five years in infrastructure, technology and equipment upgrades, including an overhaul of the club’s gym. Most all of those improvements are finished, with new high-speed internet going live late last week.

Many of the upcoming improvements are expected to be completed within two years. He said the projects will be taken on one or two at a time, rather than concurrently.

Rentschler said the club will need the approval of the Indianapolis Historic Preservation Commission for the rooftop projects. He said the Columbia Club plans to begin that process as early as next month.

While the club has about 1,200 members—including business professionals and politicians from around the state—the average age of the membership is about 57, Rentschler said.

He noted the club doesn’t have a set goal for membership age, but said there are hopes to draw in a “younger, additionally diverse” crowd.

“What we invest in these new (amenities) are what’s going to retain members and get them excited about introducing their friends to the club,” Rentschler said.