The Capital Improvement Board approved a 25-year agreement with the Indiana Pacers on Friday morning that involves a $360 million renovation of Bankers Life Fieldhouse and cost the quasi-governmental agency up to $800 million over 25 years for projects and payments to the team.

The 158-page agreement is packed with information about what the CIB is responsible for and what the Pacers are offering in exchange. Here are six takeaways from the unprecedented deal: 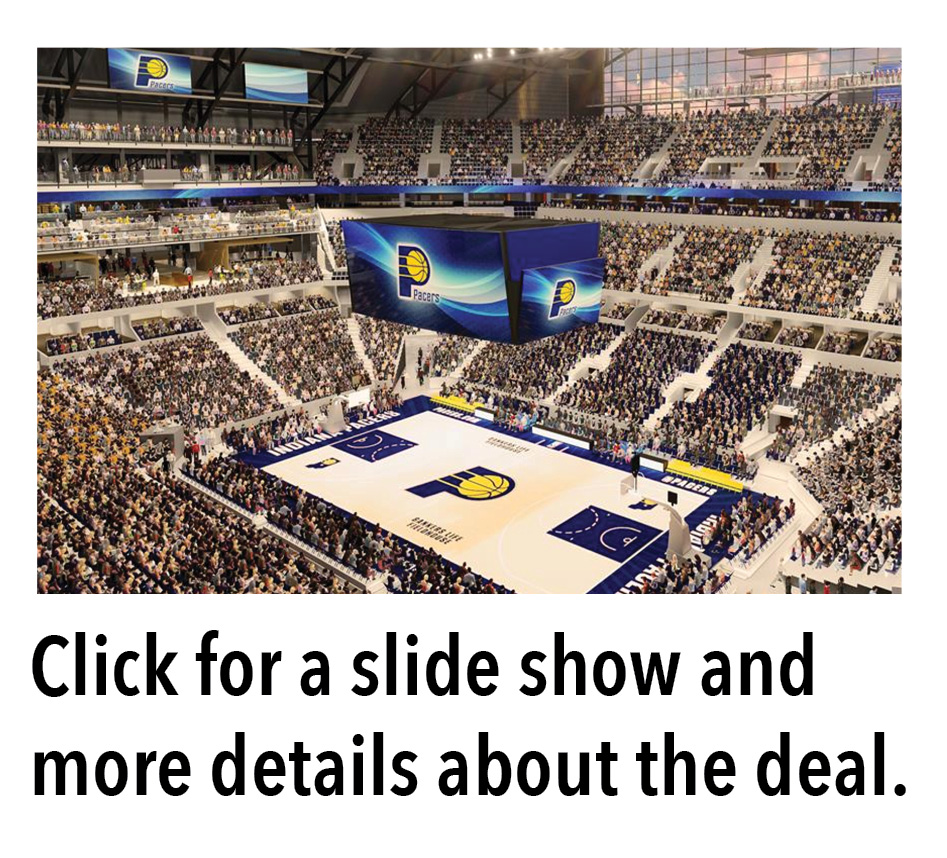 The deal locks the Indiana Pacers into playing in Indy through the 2043-2044 season. That’s meant to allay some worries that the team would relocate when the current owner, 84-year-old Herb Simon, transfers ownership to his son, Steve Simon. The elder Simon had said he wanted to secure the team’s future in the city and he’s stayed true to that word. Of course, no deal is undoable. But under the agreement, the Pacers could have to pay the CIB as much as $750 million if the team breaches the contract, an amount that begins dropping after June 30, 2029, until it reaches $50 million in 2044.

Your experience at Pacers games will be different from the moment you arrive. That’s because the Pennsylvania Street entrance to Bankers Life Fieldhouse will look completely different by 2022. The alley that runs along the north end of the building will be gone—you may have waited for or gotten dropped off by an Uber or Lyft there—and an outdoor plaza will connect the area to Maryland Street. The parking garage on Maryland will be demolished as part of the project. The plaza is expected to be a public space and used for special events—think of it as an expanded Georgia Street—and it could also have an ice skating rink in the winter that could be larger than the one at Rockefeller Center in New York City. Inside, you’ll have more areas to socialize during Pacers games. The plans call for removing some seating and suites to create additional gathering spaces that still have views of the court.

The CIB will pay $270 million through 2022 for the renovation and expansion project, but the quasi-government agency isn’t footing the entire bill. The Indiana Pacers are chipping in $65 million—$38 million for property acquisition upfront and another $27 million later on—and the city of Indianapolis is pitching in $25 million for public infrastructure.

The deal involves much more than just a renovation and expansion project. It outlines the CIB’s financial responsibilities to the Pacers and the fieldhouse for the next 25 years, and that includes operating expense subsidies, technology improvements, other anticipated capital upgrades and a licensing fee for the video and sound system. Altogether, the costs add up to nearly $800 million over 25 years.

The agreement is longer than any other deal the Pacers and the CIB have ever had. The last deal, agreed to in 2014, was for 10 years and cost the CIB a total of $160 million, including operating expenses. Prior to that, much shorter deals were in place.

No new taxes are required to make the deal work, but it does require the extension of some tourism-related taxes and capturing more revenue that would otherwise flow to the state and city governments. The entire contract could fall apart if the Indiana General Assembly doesn’t approve legislation that provides the funding mechanisms for the CIB.