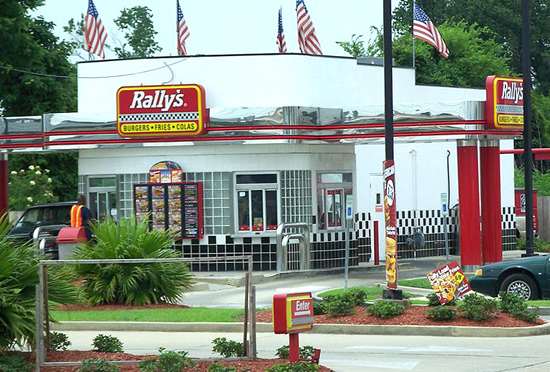 An Indianapolis-based company that specializes in lending money to restaurant franchisees has filed a $20 million lawsuit against the operator of 70 fast-food restaurants in Indiana and three other states, claiming it breached its loan agreements by defaulting on payments and failing to properly run its franchises.

According to the suit, the owner of all 20 LLCs is Jignesh N. “Jay” Pandya, 42, founder and chairman of Philadelphia-based developer Rohan Group. Franchising.com gave Pandya its 2018 Mega Growth Leadership MVP Award after he became the largest Pizza Hut franchisee in Pennsylvania and largest Checkers & Rally’s franchisee in the country.

Seven restaurant properties listed in the suit are Rally’s Hamburgers franchises in Indiana—five in Indianapolis, one in Greenwood and one in Kokomo:

The restaurants in Indiana are no longer listed on Rally’s store locator website. IBJ reported in March that the restaurants at 3605 Kentucky and 2950 Madison closed earlier this year after being cited for health code violations.

IBJ also reported that the Rally’s at 3807 W. Washington had closed, but that location’s most recent inspections turned up no health violations.

FFCC said the companies have failed to make numerous payments on the loans, resulting in default. The company asks the court to appoint a receiver to take over the properties to preserve their value.

The lender also said the franchisees have failed to operate their restaurants “in a manner that will preserve FFCC’s collateral.”

It said the franchise agreements for several restaurants have been terminated and a number were closed by government authorities due to health and safety violations.

“FFCC has attempted to work with defendants and has given defendants additional time to satisfy their obligations, but the defendants have repeatedly failed to do so and, as a result, have caused FFCC to incur millions of dollars in monetary damages,” the suit says.

Phone messages left with Pandya and Rohan Group were not returned Wednesday morning.

Pandya also is chairman of Global Sports Ventures, a sports development company that announced in 2017 that it planned to spend $2.4 billion to build eight cricket stadiums around the country to develop a professional cricket league.