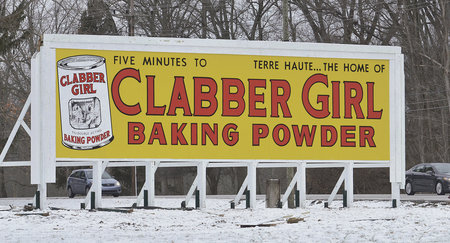 Hulman & Co. said Wednesday that it has sold its iconic Clabber Girl Corp. to focus on motorsports and entertainment, which CEO Mark Miles called its “core focus.”

“This decision positions us to fully focus on the continued direction and growth of IndyCar, the Indianapolis Motor Speedway and IMS Productions,” Miles said in a written statement.

“It also provides Clabber Girl with a well-prepared owner ready to use its vast expertise and considerable resources to accelerate the growth of the newest member of its impressive portfolio,” he said.

Clabber Girl, a company that dates to the 1850s, is best known for baking powder and baking soda products that are sold under that brand name, but it also makes gelatin, mousse, puddings and pie fillings under the Royal brand name and sells coffee through Rex Roasting Co.

It generates $70 million to $75 million in annual revenue.

“The Hulman-George family takes great pride in the Clabber Girl brand’s success, history and critical role in the development and rich cultural fabric of Terre Haute,” Hulman & Co. Chairman Tony George said in written comments. “Clabber Girl will always be a cherished and celebrated part of our legacy, and we’re excited we’ve found a strong steward for its very bright future.”

B&G Foods, which has been in business for more than 125 years and been growing through acquisitions, manufactures more than 50 brands, including Ortega, Green Giant, Cream of Wheat, Mrs. Dash and Back to Nature. The company has acquired 45 brands since 1996. It posted 2018 revenue of $1.7 billion.