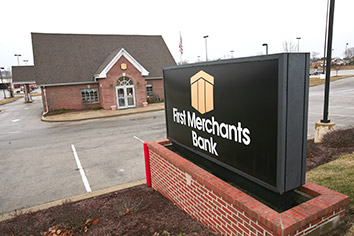 From 2011 to at least 2017, First Merchants “engaged in unlawful redlining in Indianapolis by intentionally avoiding predominantly African-American neighborhoods because of the race of the people living in those neighborhoods,” according to the complaint filed Thursday.

According to the settlement agreement, which also was filed Thursday, First Merchants Bank “denies any liability, wrongdoing or noncompliance” with federal law but agreed to take several actions to settle the case:

— The bank, which has $9 billion in assets and 110 Indiana branches, must invest $1.12 million in a loan subsidy fund to increase credit opportunities for  residents of majority African American neighborhoods;

—  It must devote $500,000 toward advertising, community outreach, credit repair and education;

— It also is required to open a branch and loan office to serve residents in majority African American neighborhoods in Indianapolis, as well as hire a director of community lending and development;

Redlining is an illegal practice that refers to lenders intentionally avoiding providing services to individuals living in predominantly minority neighborhoods, according to the Department of Justice.

The department also alleged that First Merchants ”adopted a residential mortgage lending policy that had the effect of denying residents of predominantly African-American neighborhoods equal access to credit in violation of federal law.”

The complaint alleges that the bank's policies and procedures were “intended to deny residents in majority-black census tracts equal access to, or discourage them from applying for, real estate-related credit.”

First Merchants Bank was told by the federal government in 2017 that it was being investigated for its lending practices in the Indianapolis-Carmel-Anderson metropolitan statistical area, which includes 11 counties. Marion County contains 50 of the 51 majority-black census tracts in the MSA.

According to the complaint, the investigation found that First Merchants Bank excluded Marion County and its 50 majority-black census tracts from the bank’s Community Reinvestment Act assessment area, while including overwhelmingly white counties.

First Merchants also had a residential mortgage lending policy that provided a lending preference based on the location of borrowers, not their creditworthiness, according to the complaint.

First Merchants Banks has 34 branches in the MSA, and of those 33 are in majority-white suburban counties. It has never opened or operated a bank branch in any of the 50 majority-black census tracts in Indianapolis, according to the Department of Justice.

Along with the settlement, First Merchants Bank and the Fair Housing Center of Central Indiana announced they would partner on “several new initiatives designed to increase mortgage lending to residents in Marion County’s majority-black neighborhoods and census tracts.”

“Our new partnership with the [Fair Housing Center] is an exciting opportunity to accelerate both connectivity within Marion County and existing company efforts to offer new and innovative loan products to the county’s diverse population,” First Merchants CEO Michael Rechin in a written statement.

The DOJ said Union Savings Bank and Guardian Savings Bank engaged in "redlining" in black neighborhoods in the Ohio cities of Cincinnati, Columbus and Dayton, and in Indianapolis from at least 2010 until 2014.

The banks agreed to invest at least $9 million in black neighborhoods in the four cities and open two full-service branches and a loan center.