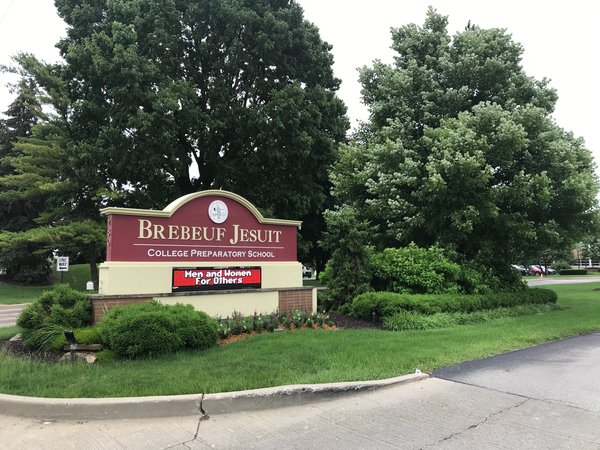 Leaders at Brebeuf Jesuit Preparatory School say the school will no longer be recognized by the Archdiocese of Indianapolis as a Catholic school after Brebeuf refused to fire a “highly capable and qualified teacher” who is married to a same-sex partner.

“After long and prayerful consideration, we determined that following the Archdiocese's directive [to fire the teacher] would not only violate our informed conscience on this particular matter, but also set a concerning precedent for future interference in the school's operations and other governance matters that Brebeuf Jesuit leadership has historically had the sole right and privilege to address and decide,” said a statement on the school’s website.

Father William Verbryke, the school’s president; W. Patrick Bruen, its board chairman, and Daniel M. Lechleiter, the board’s chairman-elect, sent a letter about the issue to the Brebeuf community and emphasized that the independent school will remain Catholic, just not recognized by the Archdiocese as such. The school has never been owned or operated by the Archdiocese.

Brebeuf officials said they expect the Archdiocese to publish the decision not to recognize the school in The Criterion—a local Catholic newspaper—on Friday.

A statement from the Archdiocese of Indianapolis said that it has instructed every archdiocesan Catholic school and private Catholic school to clearly state in its contracts and "ministerial" job descriptions that employees must be supportive of all teachings of the Catholic Church. The Archdiocese considers all teachers to be ministers.

"To effectively bear witness to Christ, whether they teach religion or not, all ministers in their professional and private lives must convey and be supportive of Catholic Church teaching," the statement said.

Brebeuf officials said the “significant disagreement” is between the Archdiocese and Brebeuf Jesuit and the USA Midwest Province of the Society of Jesus, which sponsors the school, regarding whether “the Archdiocese or our school’s leaders should make final governance decisions related to internal administrative matters … in particular, the employment status of our faculty and staff.”

Brian G. Paulson, provincial for the Midwest Jesuits, in a statement called the Archdiocese’s directive disappointing. He said Brebeuf became aware in summer 2017 that one of its teachers had been married to a person of the same sex, which became publicly known on social media.

The Archdiocese of Indianapolis, through the superintendent of Catholic education, requested two years ago that Brebeuf not renew the teacher’s contract because “this teacher’s marital status does not conform to church doctrine,” Paulson wrote. The teacher, who had not been identified, does not teach religion.

“I recognize this request by Archbishop Charles Thompson to be his prudential judgment of the application of canon law recognizing his responsibility for oversight of faith and morals as well as Catholic education in his archdiocese,” Paulson said. “I disagree with the necessity and prudence of this decision. This is a disagreement between two church leaders of goodwill with related, but distinct responsibilities.”

The Midwest Jesuits will appeal the decision, Paulson said.

Brebeuf, which was founded in 1962 as an independent Catholic Jesuit school, has 793 students in grades 9-12. About half of those students are non-Catholic and come from various other religious traditions, including Protestantism, Judaism, Hinduism, Islam and Sikhism. The school employs 132 people.

The school’s officials said that the Archdiocese's “direct insertion into an employment matter of a school governed by a religious order is unprecedented.”

They also said that the Archdiocese’s decision does not mean that Brebeuf is not a Catholic school, just that it is not recognized by the Archdiocese.

“Whereas the Archdiocese of Indianapolis may choose to no longer attend or participate in the school's masses and formal functions, Brebeuf Jesuit is, and will always be, a Catholic Jesuit school. The Archdiocese has assured us that Jesuit priests may continue to serve at Brebeuf Jesuit and will retain their ability to celebrate the sacraments of the Catholic Church,” the statement said.

But the Archiocese said Brebeuf "can no longer use the name Catholic" and will not be included in the listing of The Official Catholic Directory.

The Archdiocese released a copy of the decree it planned to publish on Friday, which says Brebeuf has chosen to "no longer retain Catholic identity according to the doctrine and pastoral practice of the Catholic Church and, therefore, to no longer remain as a Catholic institution in the Archdiocese of Indianapolis."

School leaders said the decision "will not change the mission or operations of Brebeuf Jesuit." They plan to hold a meeting at 5 p.m. Monday for current parents to provide additional information.

The immediate social media response to Brebeuf's announcement was generally positive, with several alumni expressing pride in their alma mater's decision to keep the teacher.

Never been more proud to be a brave #loveislove

Proud to be a Brave. Being a “Catholic” school is never what set Brebeuf apart anyways, it’s the people. Glad to see Brebeuf is willing to stand behind the people who make it what it is.

Not sure why the Archbishop has not backed up his move by refusing faculties to celebrate the sacraments. Seems like the obvious next step.

I say this as a alumnus of a Jesuit high school: in 5 years, I expect half SJ schools will no longer be "Catholic". https://t.co/OmyRilT8oE