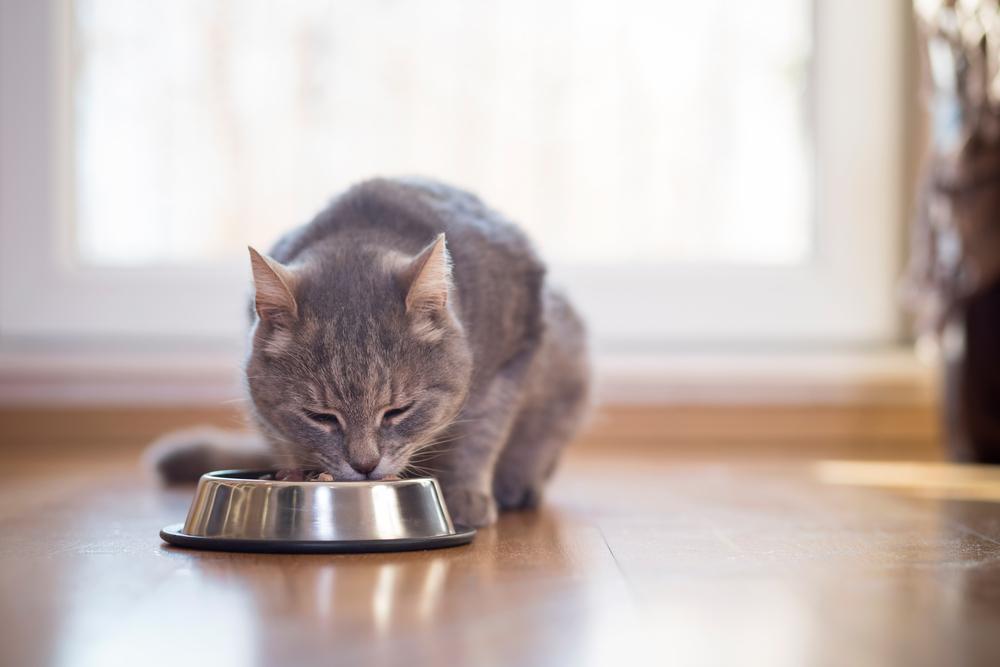 Cats require large quantities of B vitamins, but tuna provides only tiny amounts.

Q: My elderly cat Tater Tot is losing his appetite for dry cat food, but he loves the tuna I eat. Now that he’s eating only tuna, I guess I should ask if that’s OK for him.

A: It seems you have two concerns: Tater Tot’s recent disinterest in dry food and his all-tuna diet.

I’m suspicious that Tater Tot may be experiencing mouth pain that makes crunching dry food uncomfortable, so I suggest he see his veterinarian as soon as possible.

I also am concerned that he is eating only tuna, because this diet is nutritionally incomplete and unbalanced.

Tuna is low in vitamin E, so Tater Tot could develop steatitis, a painful and sometimes fatal inflammation of the body’s fat. In addition, tuna’s low vitamin K levels can cause internal bleeding.

Cats require large quantities of B vitamins, but tuna provides only tiny amounts. These deficiencies, combined with possible mercury contamination, can cause muscle weakness, loss of coordination, tremors, seizures and other neurologic problems. Tuna is low in calcium, too.

Tuna also contains inadequate linoleic acid, an essential fatty acid that promotes healthy skin. Tuna that is beginning to spoil releases histamine, which can cause skin itchiness and redness.

So, schedule an appointment with your veterinarian to figure out why Tater Tot refuses his regular dry food. Until then, feed him canned cat food that’s nutritionally complete and balanced, and save the tuna for yourself.

Q: Two wonderful 4-month-old Labrador retriever puppies joined our family recently. I usually put my dogs on a flea preventive this time of year, but these pups seem too young. Is it OK to give them old-fashioned brewer’s yeast to prevent fleas?

A: Brewer’s yeast is safe, but it doesn’t repel or kill fleas.

In 1983, the Journal of the American Veterinary Medical Association published a report titled “Failure of Brewer’s Yeast as a Repellent to Fleas on Dogs.” Sixty dogs exposed to fleas were given either brewer’s yeast or an inactive placebo for seven weeks. The researchers found that the brewer’s yeast was no more effective at protecting the dogs from fleas than the inactive placebo.

Fortunately, a number of effective and safe flea/tick preventives are available now. They’ve been used in millions of dogs, and most are approved for use in young puppies.

They fall into three categories: liquids applied to the skin, chewable tablets and certain collars.

Each category has its advantages and disadvantages. For example, if your two pups roughhouse and mouth each other’s necks, the flea/tick collars may be a bad choice.

If you live in an area where heartworms are a problem, consider using a liquid applied to the skin that repels not only fleas and ticks but also mosquitos, which transmit heartworms.

Your veterinarian can recommend a product that will be both safe for your new pups and effective against fleas and ticks.

Pickett is a veterinarian who practices companion animal medicine in North Carolina. Contact her at https://askthevet.pet.