Home » Books: In Elliot Ackerman’s ‘Red Dress in Black and White,’ a viral photo at a Turkish protest sets a plot in motion

In May 2013, protesters gathered in Istanbul’s Gezi Park to stop a development project that threatened to pave over one of the few remaining green spaces in the city. Riot police fired tear gas, and one protester, in a red dress, was photographed at the front of the line. Her “vulnerability in this tense context,” as the Guardian reported, helped the picture go viral and the woman become a symbol of defiance against greed and the rising authoritarianism of the Turkish government. National Book Award finalist and Washington D.C. native Elliot Ackerman lived in Istanbul during the aftermath, and the events at Gezi Park form the linchpin of his shrewd, intricately plotted fourth novel, “Red Dress in Black and White.” 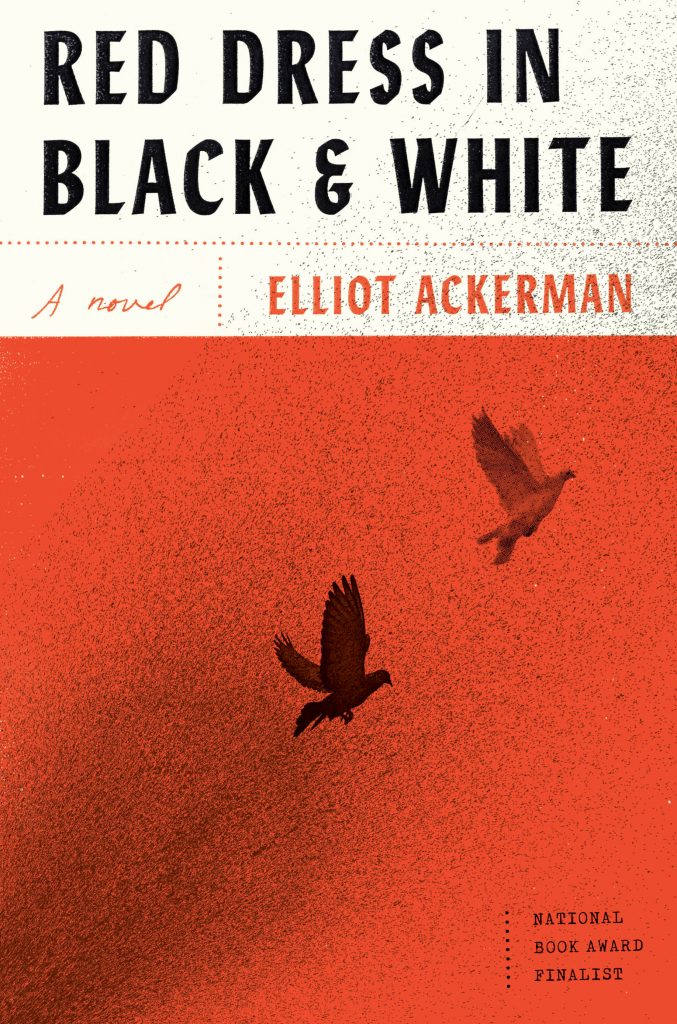 The book follows four characters, its point of view moving deftly from one to the next every few pages. There’s Peter, an American expat attempting a career shift from photojournalism to art photography, who attended the protest and shot pictures of the woman in the red dress. There’s another American, Catherine, a trustee at the Istanbul Modern art museum who becomes a champion of Peter’s work and falls into an affair with him. There’s Catherine’s adopted son, William, 7 years old and caught in the middle of his parents’ escalating rift. And there’s William’s father, Murat, one of the Turkish developers whose projects have helped inflame the civil unrest: “Before the protests at Gezi Park his unfaithful wife had been the largest of his problems. He longs for such simple concerns. But the riots, the politics, they have corrupted a system that was once reliably corrupt.”

Murat’s position gives us every reason to dislike him. He has a Trumpian biography: A second-generation developer who stamps his name on buildings all over the city, he comes from wealth and a legacy of exploitation. Of his father, it was often said “that he would take the dimes off a dead man’s eyes and return nickels.” He depends on his connections to secure millions in cheap credit from a reckless government on a spending spree, and his pursuit of more and bigger contracts puts his business in danger of collapse. He prioritizes work over everything and admits, “when it comes to his family, he loves the idea of them while, at times, he isn’t certain if he’s capable of actually loving them.”

But Murat becomes the novel’s most interesting, even sympathetic, character. In the 24-hour period that makes up the present action, Catherine leaves him, whisking William away to Peter’s apartment in the hope of convincing her lover to flee the country and go back to the United States with her. We come to learn details about Murat that humanize him: how when he first lived with Catherine he worked on his English by watching “Mr. Rogers’ Neighborhood”; how he gave up his dream and talent as an architect out of fear of his father; how he blames himself for his inability to conceive a child and believes his wife strayed “for wanting something that he could not provide.”

In order to develop Murat and other focal characters within a propulsive novel that plays out in a day, Ackerman makes the risky choice of interrupting the plot frequently with scene-driven sections that take place in the past. We see Catherine trying to persuade the Istanbul Modern’s curatorial director, Deniz, to show Peter’s work. We go further back and learn the surprising link between Deniz, Catherine and William. We meet Kristin, an American diplomat in Cultural Affairs, whose money, connections and double dealing thicken the plot. And we return again and again to that day at Gezi Park with the woman in the red dress and white tote bag, the colors of the Turkish flag.

With all the intersecting perspectives, past-action leaps, socio- and geopolitical intrigue, and the need to contextualize modern Istanbul, the novel can feel a bit labyrinthine. But Turkey and its role in the world is anything but linear. Ackerman, a former Marine who served multiple tours of duty in the Middle East and Asia, has been compared with Hemingway, for the clarity of his prose and his international settings. And there’s something of Graham Greene, too, in the insights and authority on foreign affairs, the combination of moral complexity with entertainment. Ackerman is the rare American novelist who goes to the world’s flash points and achieves what Peter considers the point of art: “emotional transference,” the ability of the artist to transmit his understanding and feelings to a stranger.

Shreve is the author of four novels. He directs the creative writing program at the University of Wisconsin at Madison.