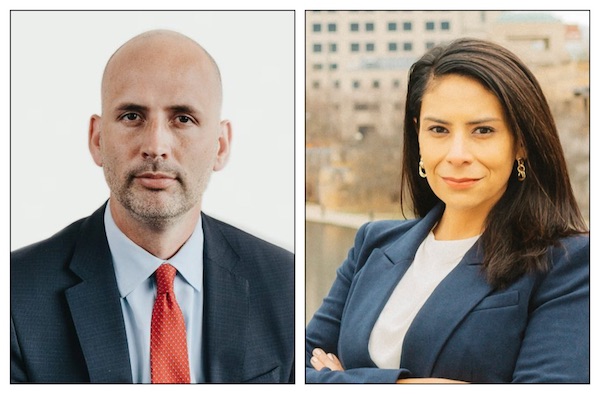 Republican Cyndi Carrasco outraised and outspent incumbent Ryan Mears in the third quarter in their race for Marion County prosecutor, according to the latest financial reports released Friday.

Carrasco raised almost $371,400 in the third quarter, falling short of her ambitious goal to reach $1 million in contributions. She’s raised $577,000 since launching her campaign.

Mears began with more in the bank than Carrasco when she announced her candidacy in January and he has maintained that edge. He ended the period with $363,200 in cash to Carrasco’s $237,000.

Carrasco also topped her pre-primary fundraising, where she reached $206,000. She told IBJ in late September that she was proud of that number, since it nearly matched Mears’ $215,000 cash-on-hand at the start of the pre-primary period.

After the Oct. 14 end of the reported period but prior to the Oct. 21 reporting deadline, Carrasco received $11,000 in large campaign donations. That included $3,000 from Indiana Senate President Pro Tempore Rodric Bray’s campaign committee, along with $3,000 from Hoosier PAC, which has a Wisconsin address.

The competitive race is inspiring some heavy ad spending. Carrasco has spent almost $70,000 on local TV station ads, to Mears’ $60,000, according to Federal Communications Commission filings.

One thought on “Carrasco outraises, outspends Mears in race for Marion County prosecutor”