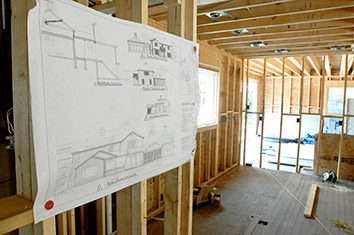 Demand for new homes continued at a torrid pace in central Indiana in March, the Builders Association of Greater Indianapolis said Monday.

Builders in the nine-county Indianapolis area filed a whopping 1,127 single-family building permits during the month, up 66% from March 2020, when 680 permits were filed.

Filings in central Indiana have risen on a year-over-year basis in 15 of the past 16 months.

“Market demand has not shown signs of wavering,” BAGI CEO Steve Lains said in written remarks. “Consumers continue to sell their current homes for more money and with less time on the market. Record low interest rates continue to be a driver for people to buy now, despite the cost increases with new construction.”

Lains said big jumps in construction-material costs and “diminishing lot availability will make it difficult for permit increases like this to continue.”

– Filings rose from nine to 17 in Shelby County.