Home » China to remove tariffs on some U.S. products, but not corn, soybeans 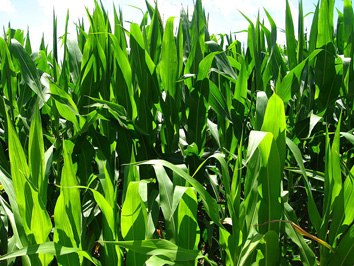 China extended an olive twig, rather than a branch, to the United States in their trade war Wednesday, announcing it would exempt 16 American-made products from tariffs as a sign of goodwill ahead of talks scheduled for next month.

But the gesture, which Beijing said was designed to ease the dispute’s impact on American companies, does not offer relief from tariffs on the big-ticket agricultural products such as soybeans and corn that are causing the most hurt in the United States.

“China wants to claim the moral high ground before the October talks and to send a message of goodwill,” said Yao Xinchao, professor of international trade at the University of International Business and Economics in Beijing. “It’s all about molding public opinion” to portray the United States as the aggressor, Yao added.

China’s Ministry of Finance said that 16 types of U.S. products would be exempt from retaliatory tariffs for a year from next Tuesday. The list included varieties of animal feed such as alfalfa and fish meal, cancer drugs gefitinib and capecitabine, base oil for lubricants and lubricating grease, and some farm chemicals.

Further exemptions will be announced in the coming weeks, the ministry said, and tariffs that have been imposed will be refunded.

The stock market reacted positively to the news Wednesday, with all major indexes making a small jump.

“The purpose is to minimize the impact of economic and trade frictions on Chinese enterprises, and to shows China’s consistent calmness and rationality in dealing with these frictions,” the state news agency, Xinhua, wrote in a commentary published Wednesday evening. It characterized China as “highly responsible.”

But the list offers no respite for American farmers affected by Chinese tariffs on produce including corn, soybeans and pork. Exports of American agricultural products have been hit especially hard in the trade war—the Chinese duty on American pork now sits at 72 percent – leading the Trump administration to offer compensation to American farmers to the tune of $28 billion.

China knows that this represents a point of leverage: the trade war is playing out in the American heartland ahead of an election year.

Wednesday’s measures marked the first time in the dispute that tariffs have been removed, not added.

“I think both sides want a deal,” said Kent Kedl, a China analyst at the Control Risks consultancy. “So I think they’re trying to feel their way around and find out what might break the stalemate. China is speaking the language of the Trump administration here: tariffs.”

China and the United States have been involved in a tit-for-tat tariff battle, imposing rounds of duties on each other’s products for more than a year.

President Donald Trump has hoped that the tariffs would convince China to cave in to his demands to rebalance the trading relationship between the world’s two largest economies. But Beijing has retaliated as much as it can—China exports far more to the United States than it imports—and has insisted any deal must be “mutually beneficial.”

At one point, Trump even ordered American companies to prepare to leave China.

The trade war is taking its toll on the world’s two largest economies.

The growth rate in China has slowed to its weakest level in 30 years, and although this is mostly due to domestic factors, the trade war is certainly not helping.

Imports of American goods to China fell by 22 percent in August compared with a year earlier, according to Chinese customs data published Sunday. Meanwhile, the value of Chinese exports to the United States fell by 16 percent.

By the same token, the U.S. economy is also showing some signs of weakness, as the Federal Reserve highlighted in July when it cut interest rates. Surveys have shown cause for concern about the U.S. manufacturing sector in particular.

But efforts to broker a deal to end the trade war have repeatedly failed, with China balking at what it considers American micromanagement—requiring legal changes that it says are unnecessary—while the United States remains skeptical that China will embark on the kinds of structural changes it says are needed.

American negotiators have been pushing China to do more to protect intellectual property rights and stop Chinese companies from forcing American partners to hand over technology as the price of market entry. They also want China to create a more level playing field by limiting its support for state-owned enterprises.

Trump has been particularly concerned about the trade deficit with China – which widened to $419 billion last year—and has been pressing Beijing to buy more from the United States as a way to close that gap.

In the latest effort to find a solution, China’s Commerce Ministry said last week that Liu He, the vice premier who has been leading the trade negotiations from the Chinese side, would travel to Washington in early October for a new round of talks aimed at breaking the impasse.

This will be the 13th round of talks between Liu and his American counterpart, U.S. Trade Representative Robert Lighthizer.

Andrew Collier, managing director of Orient Capital Research in Hong Kong, said that China appeared to be sending a signal to Trump to get the talks moving forward.

“It sounds like they scrambled at the last minute to put together a list of tariffed items that wouldn’t significantly change their negotiating stance but would at least show they were willing to compromise,” Collier said. “It’s very much an improvised strategy.”

But the biggest challenge, said Kedl of Control Risks, will be getting to a position where the two sides can trust each other again.

“They need to be able to look each other in the eye and know that 48 hours later, they will still be in agreement,” he said, referring to some of the previous U-turns in the talks.

Businesses on both sides are eager for an end to the protracted war and the uncertainty that it has injected into the trading relationship.

A U.S. Chamber of Commerce delegation led by Executive Vice President Myron Brilliant has been in Beijing this week holding talks with senior Chinese leaders, including Premier Li Keqiang. The tariff dispute has dragged down economic growth and business confidence, Brilliant said after meeting with Li.

“The uncertainty produced by U.S.-China trade tensions is exerting significant downward pressure on both economies,” Brilliant said in a statement. “The time is now to strike a deal that addresses the U.S.’s legitimate concerns about market access, forced technology transfer, subsidies, and digital trade, while concurrently removing punitive and retaliatory tariffs.”

Li, for his part, said the two sides should seek common ground based on the principle of equality and mutual respect, according to a report from China’s state-run Xinhua news agency.

One thought on “China to remove tariffs on some U.S. products, but not corn, soybeans”