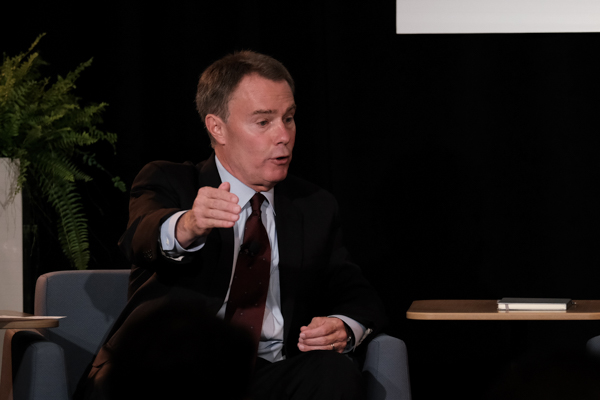 The city of Indianapolis has partnered with the Criminal Justice Lab at New York University School of Law to work to reform public safety in Indianapolis.

The partnership aims to chart a new path forward for the city’s approach to public safety by bringing together subject matter experts, local stakeholders and community members to identify and analyze critical public safety data and build community-wide consensus around an ongoing series of policy recommendations and proposals for change.

The city also plans to conduct an independent, third-party review of the city’s response to protests in late May that led to at least two deaths and damage to more than 100 businesses.

Mayor Joe Hogsett said Monday when announcing the partnership that, in this moment, Indianapolis residents expect a more fundamental assessment of public safety. The goal of the partnership with the Criminal Justice Lab is to create a new community driven and community monitored vision of criminal justice in Indianapolis.

He described the partnership as a reimagining of the local criminal justice system that focuses not just on policing but more on the root causes of crime. That reflects language used last week by the American Civil Liberties Union of Indiana, which called on the Hogsett administration to reduce funding for the police department and “reimagine” the city’s public safety network.

This is what the process will look like, according to Hogsett:

The first step in the project will be a convening of community members, law enforcement, public defenders, health representatives, education representatives, social service and housing agencies and others. The purpose of those groups meeting will be to create a new definition of justice and public safety that represents equitable and fair enforcement of the law.

Once community stakeholders have defined justice and public safety for Indianapolis, the partnership will work with the group to define what specific metrics will be collected and monitored. That will require hiring several data analysts to work alongside city agencies to ensure they have the capacity to collect and share the data required, which NYU will manage and fund. Metrics are critical as a means to hold law enforcement agencies accountable to the standard of equitable public safety defined by the community. The project requires collecting and sharing relevant data, which the city said it is committed to doing.

At various stages, the partnership will set and advocate for specific, consensus-driven policies before the City-County Council or other relevant agencies. Those policies have not yet been identified, Hogsett said, and he said it’s too soon to speculate about what they might be.

In addition, the partnership will create a community-driven report card that is transparent and publicly accessible on the city’s website, ensuring members of the public have a mechanism to regularly hold city-county government accountable.

“Through this partnership, it is our intention to help chart a new path forward for our city’s approach to public safety—one that is made for, by and of the people of Indianapolis,” Hogsett said. “Anyone paying attention knows this is a defining moment in our city and in our nation’s history. The community is clearly speaking, demanding not just that we do better, but that the community be a central part of the process.”

Anne Milgram, a law professor at New York University and the director of the Criminal Justice Lab, said the criminal justice system has been overly reactive.

“What we propose is a partnership that redefines policing, justice and public safety in Indianapolis and forms metrics to hold government accountable for eliminating institutional bias, racism and inequality and for improving community safety.”

As attorney general of New Jersey, Milgram used a similar approach to reform the Camden, New Jersey, police department into a department whose policies are now considered best practices.