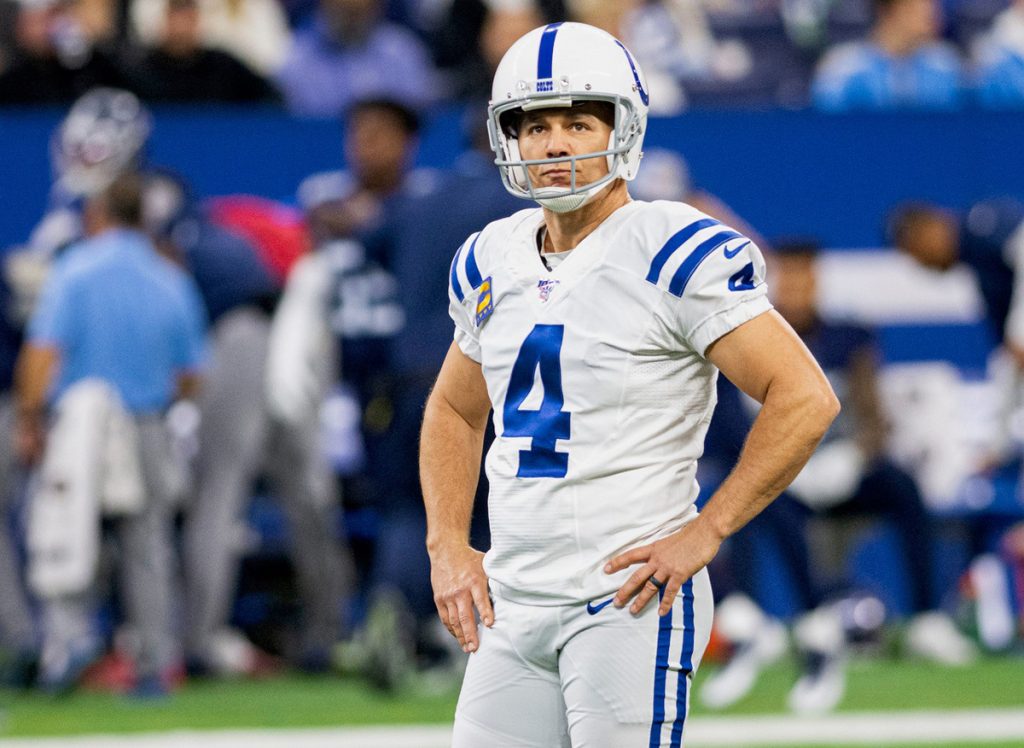 Adam Vinatieri kept trying to kick through the pain.

Now, he’s about to face perhaps the most agonizing decision of his 24-year career.

The Indianapolis Colts announced Monday that the 46-year-old record-holding kicker will finish this season on injured reserve with an injured left knee that requires surgery.

“We knew we had the issue in preseason but then once we got going, it was never really on the injury report,” coach Frank Reich said, praising Vinatieri for his toughness. “He wasn’t being irresponsible to the team or anything. Everybody has aches and pains that you play through. He was performing out in practice. There was nothing physically that was limiting him. Then when it flared up (last week), that’s when we said ‘Hey, let’s get another scan on this thing.’ Then you see that surgery is required.”

The Colts (6-7) already have a short-term replacement after claiming rookie Chase McLaughlin off waivers last week. But now both sides must determine what happens next.

Vinatieri has spent the past 14 years in Indianapolis, a community he and his family have embraced, and he’d prefer finishing his incredible career with the Colts.

He’s scored an NFL-record 2,673 points, made a league-record 599 field goals and is the only player in league history to top the 1,000-point mark with two teams. And since leaving New England following the 2005 season, Vinatieri has appeared in 205 career games in Indy—fourth on the franchise list behind Reggie Wayne, Peyton Manning and the late John Unitas.

Still, Vinatieri has routinely said he will keep kicking as long as he feels well physically and believes he’s an asset to the team.

Both were called into question earlier this season as he missed a league-high 14 kicks: eight field goals and six extra points. Some even speculated he might retire during the season, something Vinatieri denied.

Meanwhile, Reich insisted he had complete faith in Vinatieri, often describing his locker room presence as a key component for the relatively young Colts.

But he missed his first game in a decade Sunday and has no contract for next season. McLaughlin has three games to convince general manager Chris Ballard he should be Indy’s kicker next season.

Money shouldn’t be an issue with the Colts projected to have more than $100 million in salary cap room. The bigger concern: whether a 47-year-old kicker coming off of knee surgery is worth the investment.

“I haven’t had a long heart to heart with Adam yet, but it is my understanding that Adam’s mindset is he is not done,” Reich said. “That doesn’t surprise me. I mean I love that. That guy inspires me.”