Home » Donnie Walsh steps away from role with Pacers 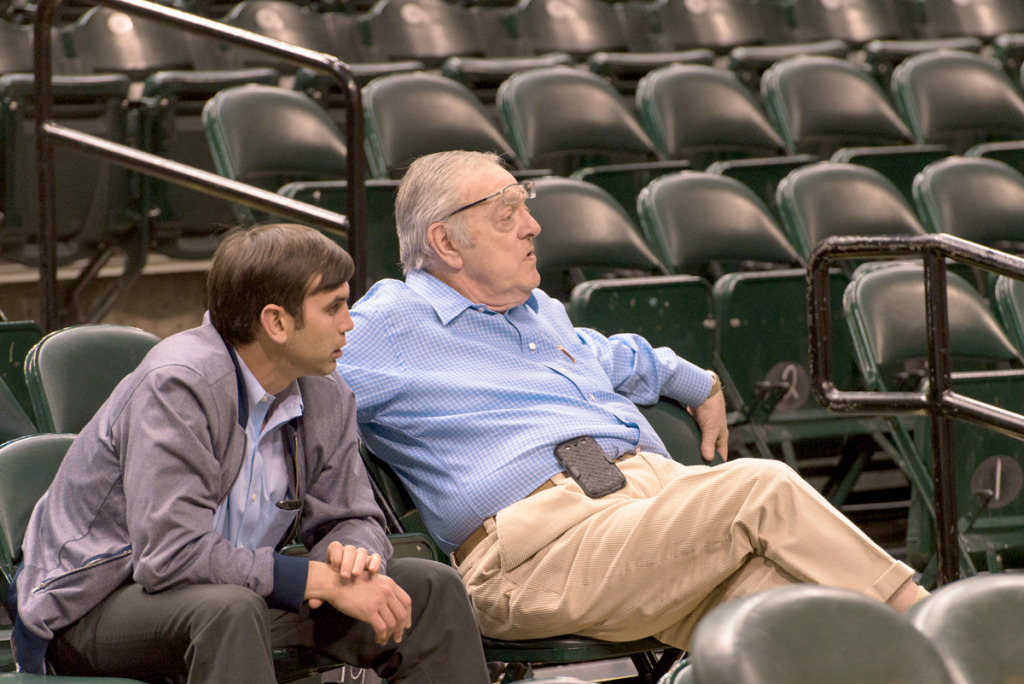 Longtime Pacers executive Donnie Walsh is stepping away from the team after serving in several roles with the organization, including as its president and general manager, a Pacers Sports and Entertainment spokesman confirmed.

Walsh arrived at the Pacers in 1984 as an assistant coach. He was elevated to general manager two years later and named president in 1988. In 2008, he left the post, saying then that, “I think I’ve been here too long. … It’s just the right time for me to leave.”

At that time, the Pacers were last in the league in attendance and had suffered from problems with players, including a fight between a player and fans. But from 1988 to 2008, Walsh presided over 17 playoff appearances, including a trip to the NBA Finals in 2000.

5 thoughts on “Donnie Walsh steps away from role with Pacers”