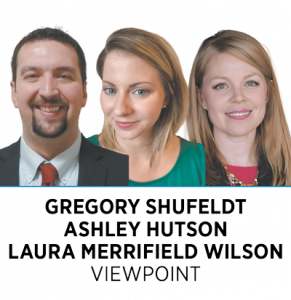 Gov. Eric Holcomb, a Republican, is unable to run for reelection due to term limits. This open race gives Indiana voters the opportunity to reject the myth that women are not “electable,” allowing Indiana to become the 31st state to elect a woman governor.

Indiana last year had four Republican women serving in statewide office. They include Auditor Tera Klutz, who just easily won reelection; Secretary of State Holli Sullivan, who was just replaced with the less qualified Diego Morales; and Treasurer Kelli Mitchell, who is term-limited.

Of three potential Democratic candidates for governor, two are women. Former Superintendent of Public Instruction Jennifer McCormick has filed an exploratory committee. As a former Republican, she was elected statewide with 53% of the vote in 2016. Former Indiana state Rep. Christina Hale narrowly lost her 2020 congressional bid by about 4 percentage points. Either of these candidates would likely field a more competitive race than did Hammond Mayor Thomas McDermott, whom Indiana voters just rejected in his effort to unseat Sen. Todd Young.

The race for the Republican gubernatorial nomination is the one to watch. Since 2010, Republicans have controlled the governorship and both chambers of the Legislature; Democrats have not won a statewide election since 2012. Republican candidates, regardless of quality, are likely to win the general election due to increased polarization, the significant advantage they have in numbers over their Democratic opponents and Indiana’s use of straight-party voting.

Thirty-six states have some sort of limit on the number of consecutive terms a governor can serve. Indiana and Oregon are unique in that their term limits specify only that no person shall serve as governor for more than eight years of any 12-year period. This allows former Gov. Mitch Daniels, who served two terms after his initial election in 2004 and reelection in 2008, the opportunity to run for a third term. If he runs, he would be an extremely formidable candidate. However, he might find that his party and the party of Richard Lugar has passed him by on the right.

The 2022 midterm elections broke the record for the greatest number of women elected to serve as governor. The 12 women elected or reelected governor eclipses the previous record of nine. This is not some liberal or Democratic fantasy. Many conservative and Republican states have elected women as governors.

Political parties provide a link between voters and their government. They also serve as gatekeepers. The 2022 election set a record—five states—for the number of gubernatorial races where both the Democratic and Republican parties nominated a woman. Indiana has the potential to follow that lead in 2024. When women run, they win, but it takes a party nomination first.•