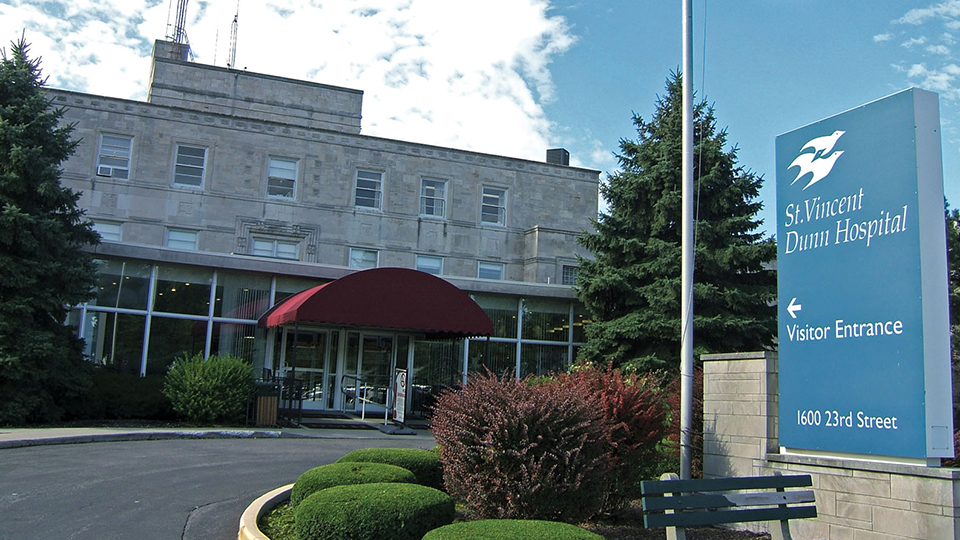 Ascension has announced plans to close its critical care hospital in Bedford. In a pair of notices to the state, the Missouri-based health system said Ascension St. Vincent Dunn and nine Ascension Medical Group practices in Lawrence County will cease operations in mid-December, affecting more than 130 employees.

The closure of the hospital will result in the layoffs of 77 employees, and more than 50 employees will be affected by the closures of the nine AMG practices.

The St. Louis-based health system, the parent of Ascension St. Vincent, said it will offer severance and outplacement services to affected employees who are unable to secure another position within Ascension. Bedford is about 75 miles south of Indianapolis.

Bedford is also home to IU Health Bedford Hospital, which has 25 staffed patient beds and an emergency room.

In a statement provided to Inside INdiana Business on Monday, Ascension said the decision was made after “a thorough assessment of the hospital’s current operating environment and the health care landscape in Bedford.”

“Ascension St. Vincent Dunn is one of two Critical Access Hospitals in Lawrence County, just miles apart from one another. In fact, Lawrence County is one of the only counties in the country to have two critical access hospitals,” the statement said. “After exploring the options available, including conducting an unsuccessful search for a buyer for the hospital, it was clear that other providers with a larger presence in the region are better positioned to efficiently serve the residents of Bedford and neighboring communities.”

Ascension said the affected employees were notified of the move on Sept. 16. The closures are expected to be complete on Dec. 16.

“Plans are in place to ensure continuity of care for patients,” Ascension said. “Those plans include discussions with local and regional providers to transition health care services.”