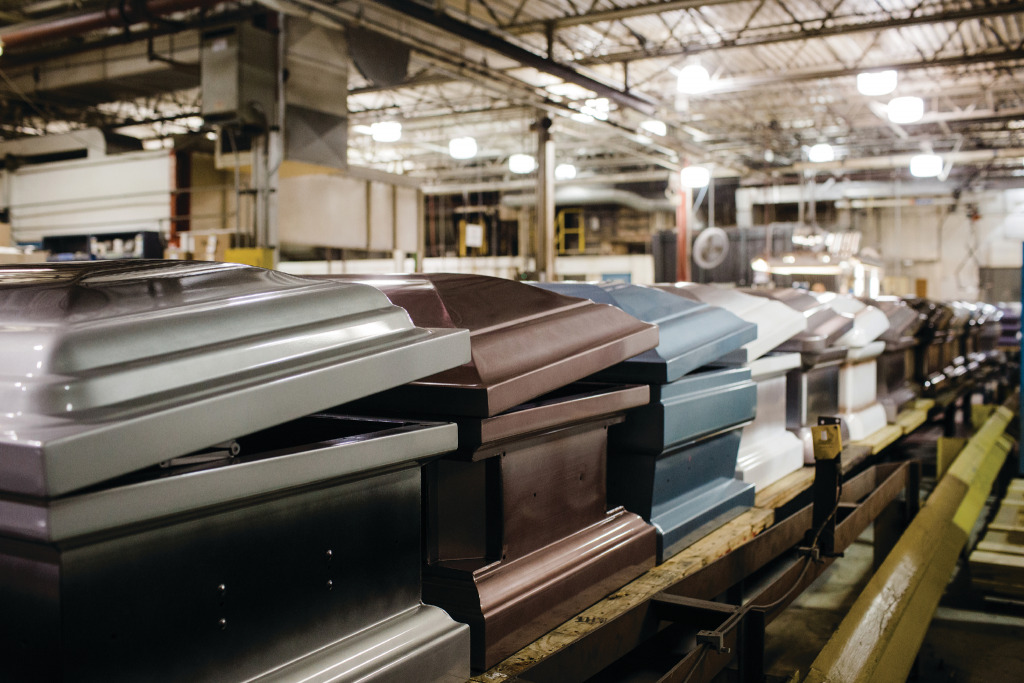 Hillenbrand Inc. has reached an agreement to sell its storied Batesville Casket Co. to an affiliate of a Connecticut-based private equity firm for $761.5 million.

The company announced the deal Thursday morning, a move that would result in the selling off of the business and brand that served as the roots for the larger Hillenbrand company in Batesville starting in 1884 and would grow to become the nation’s largest casket maker.

Hillenbrand, also based in Batesville, said it has agreed to sell the business to an affiliate of LongRange Capital so it can focus on its strategic move toward long-term growth in attractive markets such as plastics, food and recycling.

The company’s announcement provided no guidance on what impact the sale might have on Batesville Casket Co., its employees or its holdings in southeastern Indiana. However, it said both Hillenbrand and Batesville Casket would continue to be headquartered in Batesville, a community of  6,700 people about 50 miles from Cincinnati.

“We will remain focused on serving our customers and look forward to working with LongRange Capital as our partner, and with Hillenbrand to ensure a smooth transition for our associates,”  Chris Trainor, president of Batesville Casket said in a written statement.

In 2019, Hillenbrand officials told IBJ that Batesville Casket accounted for about one-quarter of the corporation’s sales and 40% of its cash flow. However, trends toward cremation were slowly shrinking sales.

Hillenbrand is the 18th largest public company in Indiana based on its 2021 revenue of $2.9 billion, according to IBJ research. As of September, the company reported it had 11,000 employees globally, with 3,800 of them in the United States.

Hillenbrand said in a press release Thursday that the sale of the casket company coupled with its acquisitions of LINXIS Group, Herbold Meckesheim, Peerless Food Equipment, and Gabler Engineering  will mark a significant milestone in the company’s transformation, establishing Hillenbrand as a global industrial leader in highly engineered processing solutions and plastics molding.

Net proceeds from the sale are expected to be used for debt reduction, Hillenbrand said. The deal is expected to close in the first quarter of 2023, provided it clears all regulatory hurdles.

“Completing our transformation into a pure-play industrial company allows Hillenbrand to concentrate our investments into our APS and MTS segments, where we see strong growth potential,” Hillenbrand CEO Kim Ryan said in written remarks.”We look forward to building upon our track record of performance, enabled by consistent deployment of the Hillenbrand Operating Model to drive profitable growth and deliver long-term value to our shareholders.”

Batesville Casket traces its roots to 1884, when it was founded as the Batesville Coffin Co. John A Hillenbrand purchased the company in 1906 and renamed it the Batesville Casket Co. It grew to become the largest producer of caskets in the nation and its shiny gold Promethean casket has often been spotted at celebrity burials, including for superstars Michael Jackson, Aretha Franklin and James Brown.

LongRange Capital was founded in 2019 by Bob Berlin and invests in a range of consumer, industrial and information and technology companies.

“As longer-term oriented investors with an operational focus and significant carve-out experience, we look forward to partnering with the Batesville management team and its dedicated associates in further supporting the business for many years to come,” Berlin said in written remarks. “We are greatly appreciative of Batesville’s long and successful operating history as part of Hillenbrand and we look forward to working closely to execute a seamless transition.”