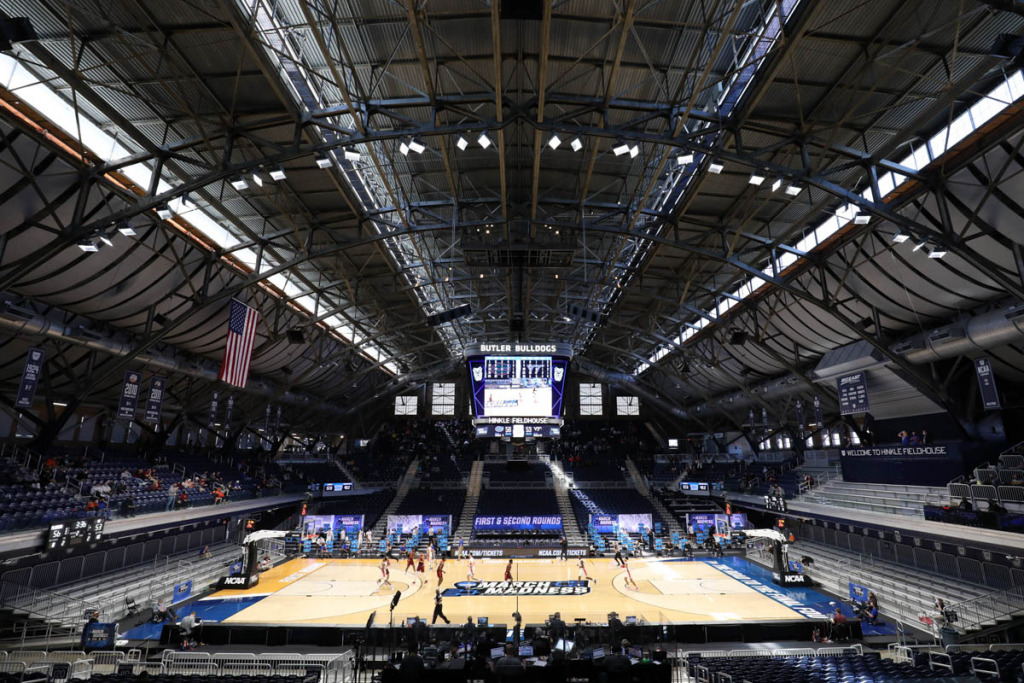 INDIANAPOLIS, IN - MARCH 19: The Florida Gators against the Virginia Tech Hokies during the second half in the first round of the 2021 NCAA Division I Men’s Basketball Tournament held at Hinkle Fieldhouse on March 19, 2021 in Indianapolis, Indiana. (Photo by C Morgan Engel/NCAA Photos via Getty Images)

The event will mark the return of postseason basketball to the historic Butler University venue, after it hosted 16 games during the 2021 NCAA men’s basketball tournament.

The NIT features 32 Division I men’s basketball teams not selected for the NCAA Tournament, with regular-season conference champions getting automatic bids. Its first, second and quarterfinal rounds are typically played at campus sites, before moving the semifinals and finals to a neutral site.

“We’re very excited to host the NIT and partner with the NCAA and Indiana Sports Corp. to bring the championship to Indianapolis the week of the Final Four,” said Barry Collier, director of athletics for Butler University. “We love the opportunity to host big events whenever they fit [the schedule] with all we have going on there and our facility is a natural fit for the NIT.”

At one time, the NIT was considered the nation’s preeminent basketball event. But this year, at Madison Square Garden in New York City, attendance at the final game was only about 3,500.

Madison Square Garden has hosted the NIT since 1938, and in fact the entire event was played there until 1977. The lone exception was in 2021, when the tournament was held in North Texas due to the coronavirus pandemic.

Butler, which will be the host organization for the event alongside the Indiana Sports Corp., has played in the NIT nine times—most recently in 2019—but it’s never made it past the quarterfinal round.

“Indiana Sports Corp. is excited to partner with Butler on the NIT coming to Indianapolis,” organization spokeswoman Brett Kramer said in a statement. “We’re thrilled our partners at the NCAA is giving us the opportunity to host more basketball in the state of Indiana and are grateful they’re trusting us to bring this event here.”

The 2023 NIT semifinals and final will be played at Orleans Arena in Las Vegas, with those games hosted by UNLV.

One thought on “Hinkle Fieldhouse to host 2024 NIT basketball championship”