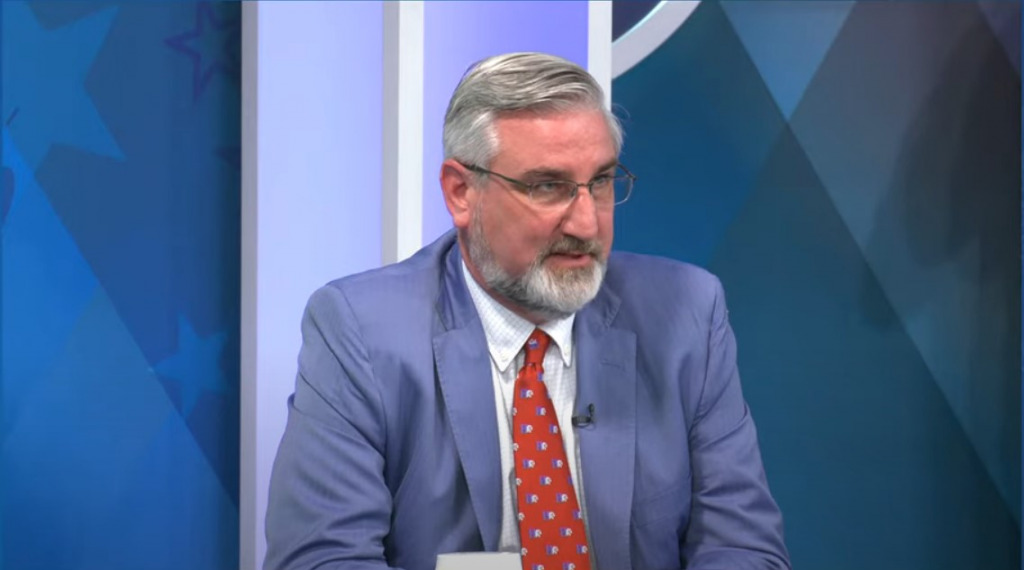 Holcomb, a Republican, was invited to join the president for a panel meeting with Secretary of Commerce Gina Raimondo and leaders of companies in the semiconductor industry, including Indiana-based Cummins Inc. He was also joined my Michigan Gov. Gretchen Whitmer as representatives of two of the nation’s leading manufacturing states.

The panel urged Congress to come to an agreement quickly on the legislation with funding for the bipartisan Creating Helpful Incentives to Produce Semiconductors (CHIPS) for America Act, which includes $52 billion to boost domestic chip manufacturing, a provision supporters say would ensure a supply of computer chips used for electronics and other industries.

Holcomb touted Indiana as the core of the U.S. manufacturing sector, as a leading manufacturing state per capita. He said the Midwest Rust Belt has become a “shiny new belt buckle.”

He told Biden and the panel that the innovation bill Congress is considering is key to the future of manufacturing, so the United States does not fall behind.

Holcomb added that Indiana is familiar with speed, referencing the Indy 500, and saying “we like to go fast.”

Holcomb last month also joined Whitmer and 21 bipartisan governors in penning a letter to Congress urging the final passage of economic competitiveness legislation, with full funding for the CHIPS Act.

The U.S. Senate in June last year passed it’s $250 billion Innovation and Competition Act, which was co-authored by Indiana Republican Sen. Todd Young and Senate Majority Leader Chuck Schumer, D-New York. The House then approved its version, called the America Competes Act, along mostly party lines, earlier this year. Both chambers must resolve the differences in a conference process.

Chips shortages have become a global problem because they are used in a wide range of products, including electronics such as cell phones, vehicles and medical equipment. The shortage is causing a number of manufacturing and supply chain delays.

“We barely produce 10% of these computer chips despite being a leader on chip design and research; this puts us at the mercy of shortages and supply chain bottlenecks,” Biden said on Wednesday.

Holcomb’s visit to the White House to promote economic competitiveness and development comes on the heels of the Indiana Legislature passing a bill this week that would modify Indiana’s economic toolkit to attract larger companies to the state.

Senate Bill 361 was one of Holcomb’s top priorities this year, as he had said it was needed for Indiana to not just compete but win big economic development deals. It includes new provisions to make tax credits more flexible and includes $300 million in cash incentives for the state to give out for deals.

The fight for big companies is increasingly competitive because more states are willing to shell out big money for a promise of jobs and development. Indiana had possibly been losing out on big companies—such as Intel planning to invest $20 billion to build a semiconductor facility in Ohio—because of its lack of ability to move quickly and shell out massive incentives.