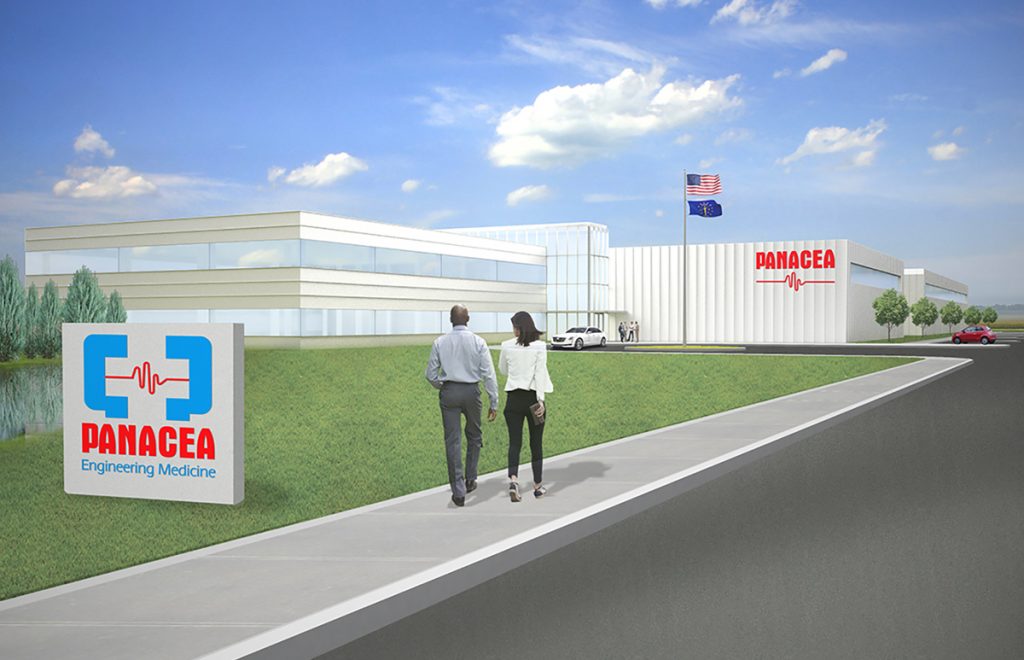 A rendering of the proposed Panacea facility in Noblesville. (Image courtesy of the city of Noblesville)

A medical-technology and life sciences company based in India said Wednesday that it plans to invest $11.7 million to build a North American headquarters in Noblesville that’s expected to employ up to 65 workers by 2023.

Panacea Medical Technologies, which develops medical equipment for the diagnosis and treatment of cancer, said it will open its first U.S. facility at 141st Street and Olio Road. The company said construction crews expect to break ground this summer on the 20,000-square-foot facility, which will house R&D operations and make radiotherapy machines when it opens next year.

The Bengaluru, India-based company launched in 1999 and sells six lines of cancer care products. The company employs 250 workers at its headquarters.

In a written statement, Gov. Eric Holcomb said he connected with Panacea officials in October during an Indiana Economic Development Corp. trade mission to India. He said he “couldn’t be happier to welcome them just four months later.”

Raghu Padmanabhan, CEO of Panacea’s U.S. operations, said that after the October meeting, “it was an easy decision … to include Indiana in the location search for U.S. operations. The IEDC team, an exciting Noblesville Mayor (Chris) Jensen and his team, and a visit to the city of Noblesville convinced us we had found the best place for attracting a youthful workforce.”

To help attract Panacea, the city of Noblesville agreed to donate eight acres of city-owned land to Panacea and is considering additional incentives, which would be subject to city council approval.