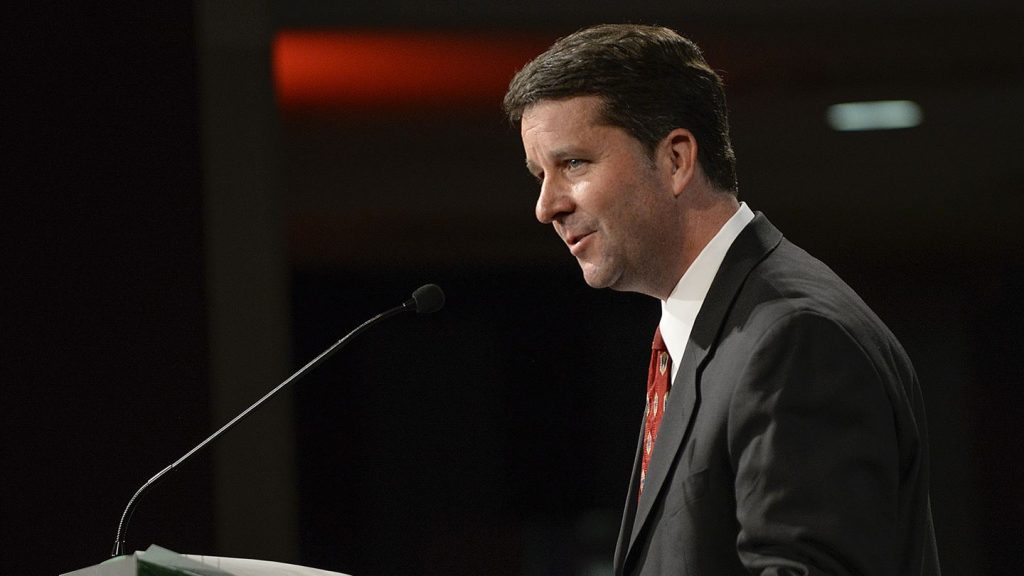 Dolson, who has worked as IU’s deputy director and chief operating officer of intercollegiate athletics since 2009, will replace Fred Glass, who announced his plan to retire at the end of the academic year after 11 years in the position.

A native of Michigan City in northwest Indiana, Dolson is an IU graduate who spent seven years as director of the IU Varsity Club before also taking on his current job.

The appointment is still subject to formal approval by the IU Board of Trustees at its April meeting.

“Given his background and experience in helping to oversee the recent growth and development of nearly every major area of IU’s large athletics operation, Scott is extremely well-positioned to lead our intercollegiate athletics program and further its longstanding and storied traditions of excellence as well as build on Fred Glass’ outstanding achievements of the last 10 years,” IU President Michael A. McRobbie said in written remarks.

While earning a bachelor’s degree in management at IU, Dolson was a student manager for the IU men’s basketball team for four seasons under former coach Bob Knight, serving as the program’s head manager in 1988.