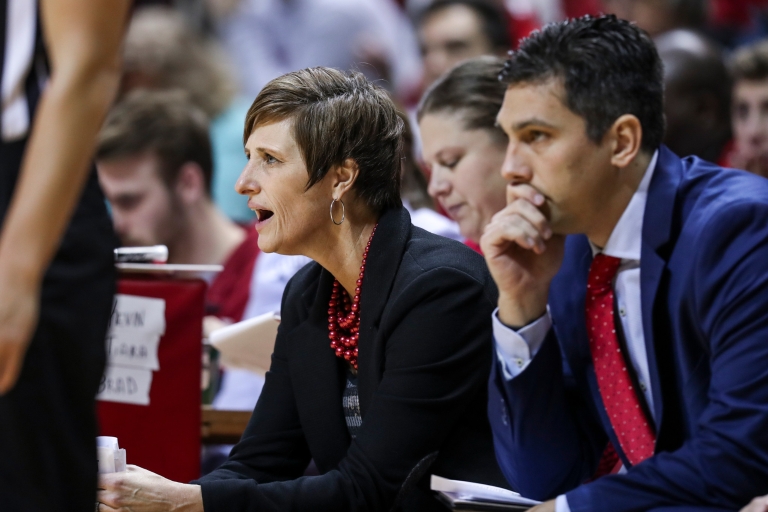 Indiana University women’s basketball coach Teri Moren said she considered not playing the University of Memphis on Saturday night in the Las Vegas Invitational because no paramedics were on site to tend to an injured Auburn University player in the preceding game.

Auburn freshman Kharyssa Richardson fell hard to the floor with four minutes left against Colorado State University and appeared to bang her head. There was a 50-minute wait for EMT personnel to arrive to The Mirage on the Las Vegas Strip, delaying the Indiana-Memphis games by nearly 90 minutes.

In addition to the injury delay, there was no security personnel for Friday’s action, and fans sat in folding chairs instead of bleachers on both days. Moren said she didn’t have an issue with the quality of the playing surface or with the event being held in a resort ballroom.

She said she received an apology from site coordinator Ryan Polk, who declined to comment.

As for Auburn’s Richardson, she eventually was carted off the court and transported to a Las Vegas hospital. Auburn tweeted later that she was alert, and a team spokesman said he didn’t have a further update. Polk said Richardson was moving her hands and feet. Auburn won 74-73.

Moren said she spoke with Indiana athletic director Scott Dolson during the long stoppage but decided the game was safe enough and wanted to complete the task at hand. The sixth-ranked Hoosiers beat Memphis 79-64.

“It’s not a fan-friendly environment,” Moren said. “As I said to the site coordinator, as women’s basketball coaches, we are trying to move our game forward. It felt like because it got so many ticks on social (media) that we had taken a couple of steps backwards in this moment, and I shared that with the site coordinator. We have an obligation to grow our game, and we completely missed on this opportunity because you have a lot of really good teams here.”