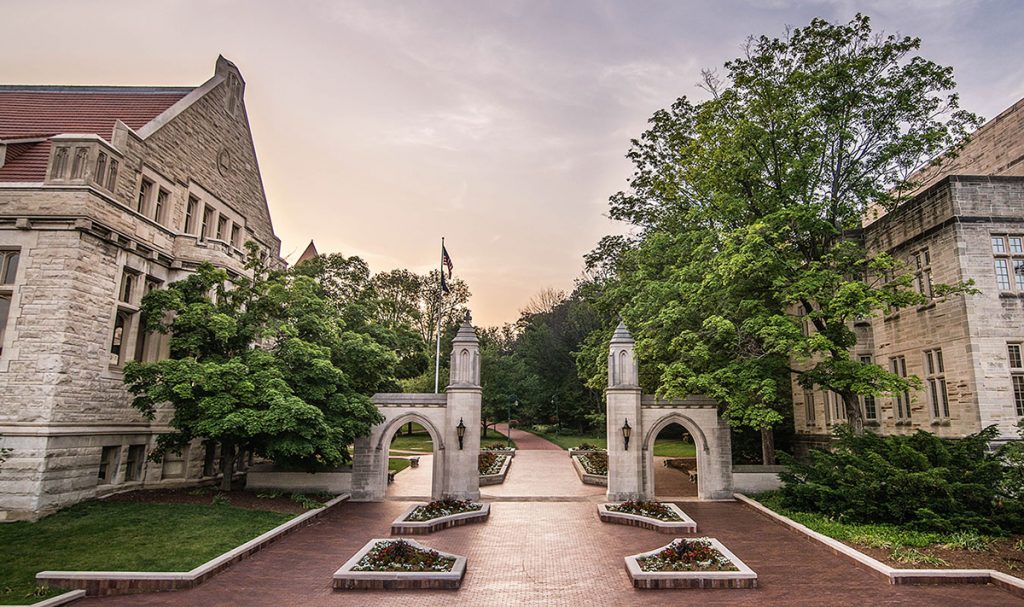 A conservative Indiana University professor drew scathing condemnation from school officials Wednesday after sharing an article that states women are too emotional for academia. Now faced with mounting calls for his resignation, the university’s leadership says he’s protected by the first amendment despite peddling “racist, sexist and homophobic views” on social media.

The university was forced to respond to concerns about Eric Rasmusen, 60, a tenured professor of business and economics at Indiana’s Kelley School of Business, after he tweeted an article earlier this month titled: “Are Women Destroying Academia? Probably.” The 1,500-word essay was published Nov. 2 in The Unz Review, a website that claims to spotlight “interesting, important and controversial perspectives” rarely published in conventional media outlets.

In his post, Rasmusen pulled a line from the article that said: “geniuses are overwhelmingly male because they combine outlier high IQ with moderately low Agreeableness and moderately low Conscientiousness.”

The tweet drew hundreds of replies by Wednesday night, including a viral Monday afternoon response from Hoosier alumna Maggie Hopkins.

“This article suggests there should be far fewer women at universities. I am deeply offended by this tweet, and my ability to feel that offense does not diminish my intellect,” Hopkins, who said she had served with Rasmusen on the Indiana University Bloomington Faculty Council, wrote.

In response, Rasmusen pushed back and said Hopkins’ response was “anti-intellectual.”

Hopkins, who did not immediately return a message requesting comment late Wednesday, challenged Rasmusen’s claims in a reply the next day—including his assertion that she had “difficulty listening to opposing views.”

“And for the record, I would say your embrace of largely-debunked pseudoscience is anti-intellectual,” she added. “But I’m not responsible for your sexism.”

Rasmusen, who has taught at the school since 1992, declined to be interviewed by phone late Wednesday but told the Indiana Daily Student that he only shared a quote he “thought was interesting and worth keeping note of. He told the student publication the backlash was surprising, adding: “It seems strange to me because I didn’t say anything myself—I just quoted something.”

Steve Sanders, a law professor at IU who writes for IBJ’s Forefront magazine, late Wednesday called Rasmusen “an embarrassment” to his colleagues.

IU Provost Lauren Robel did not mince words in a statement to the Kelley School community Wednesday, asserting that Rasmusen had used his social media accounts to push bigoted views for several years. Robel said Rasmusen had previously used slurs to describe women, whom he has said do not belong in the workplace and academia. He has similar feelings about gay men, Robel said, because “he believes they are promiscuous and unable to avoid abusing students.”

Robel also said Rasmusen thinks black students are unqualified for attendance at elite institutions and are academically inferior to their white counterparts. She said the professor has previously indicated his views were spurred by his Christian faith—but, she added, “Christ was neither a bigot nor did he use slurs; indeed, he counseled avoiding judgments.”

“Ordinarily, I would not dignify these bigoted statements with repetition, but we need to confront what we are actually dealing with in Professor Rasmusen’s posts,” Robel wrote. “His expressed views are stunningly ignorant, more consistent with someone who lived in the 18th century than the 21st.”

She indicated that school officials have been flooded with demands for Rasmusen to be fired in recent days; a request she said the university could not—and would not—adhere to because “the First Amendment of the United States Constitution forbids us to do so.” But, she said, Rasmusen would be in violation of the law and school policy if he acted upon his discriminatory views while grading or making tenure decisions. The school would investigate and address those allegations if they were raised, she added.

Robel further acknowledged that given the long-standing nature of his views, she understood that some women and minority students might be worried about how they would fare in his class. To address those concerns, Robel said she will ensure no student is forced to take a class taught by Rasmusen, and that those currently enrolled will be able to transfer to other sections.

Moreover, she said, his grading will be subject to strict procedural mechanisms to ensure there is no bias.

In a statement emailed to The Washington Post late Wednesday, Rasmusen lamented the university’s plan to monitor his grading and allow students to opt out of his courses.

“Indiana University is not discouraging bias, but encouraging it, even requiring it, as a condition of teaching,” he wrote. “There are views you’re not supposed to express, even outside of class, and God help the conservative student whose professor checks Facebook and Twitter before grading term papers. In the past I’ve had Christian and conservative students shyly approach me to say how happy they were to finally find a professor who was open in his beliefs. I hope to encourage them as much as I can.”

The provost’s sentiments were echoed in a statement from Kelley School Dean Idie Kesner, who similarly noted that Rasmusen’s First Amendment rights prevent the university from dismissing him because of his tweets.

“As a female academic, dean of the school, and a Kelley [alumna] who cares deeply about our School, I find the remarks and the beliefs presented in the papers cited and tweets by this professor reprehensible,” Kesner wrote. “While his stated opinions are at odds with our individual values and beliefs and those of our institution, we cannot prohibit his freedom of expression in his private social media accounts.”

In 2003, Rasmusen came under fire after publishing a blog on the IU server detailing why homosexual people should not be teachers, doctors or elected officials. According to the Daily Student, part of his message said: “A second reason not to hire homosexuals as teachers is that it puts the fox into the chicken coop. Male homosexuals, at least, like boys and are generally promiscuous. They should not be given the opportunity to satisfy their desires.”

The professor told the publication at the time that his way of thinking was not unusual outside a college environment. He eventually agreed to remove the post from the IU website.

4 thoughts on “IU says professor’s views are racist, sexist and homophobic—but it can’t fire him”